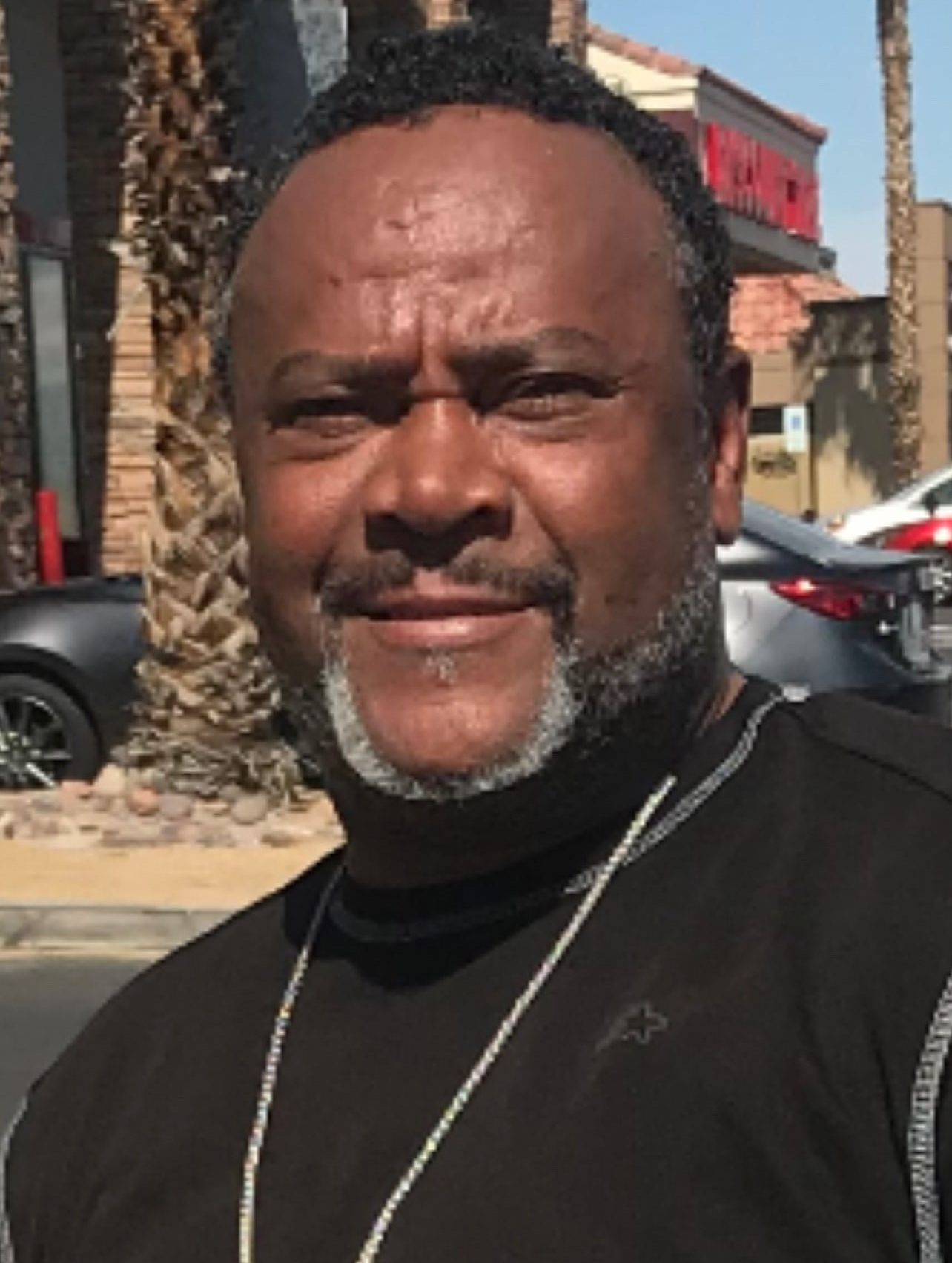 Odell Earl Hopgood Jr. was born September 30, 1963 in East Saint Louis, Illinois. Earl was the fourth born child of  Edwina Rhodes- Hollins and Odell Earl Hopgood Sr. From the age of six  he and his family moved back and forth from Illinois to California. After graduating from East Saint Louis High School, our  family moved from East Saint Louis, Illinois to Richmond, California. Earl loved exotic cars. His first job was a detailer at an auto sales store. Earl was responsible for the upkeep of the exotic motor automobiles. The company that Earl worked for trusted him to drive and keep the motor vehicles, which he always loved bragging about. Earl was a jack of many trades. He was a mechanic, carpenter, banquet server and an entrepreneur of his own detailing business in Cahokia, Illinois for more than a decade.

Earl met the love of his life Margie Donaby eight years ago. In 2019, they decided to move to Las Vegas, Nevada to continue their journey of life together. Earl was a family man. He loved his son very much and would often speak about how much his grandchildren looked just like him.

Earl loved God more than he loved himself. He made it a priority to pray and read his bible every day.

Earl was always the life of the party who left a lasting impression and could make anyone laugh. Sometimes Earl would do too much, but he was still loved by everyone. He did not mind showing his emotions, he would cry and     sometimes laugh and cry at the same time.

Earl will be truly missed by everyone. His father and brother Raymond Hopgood met him at the gates of heaven as he transitioned from life to eternity on March 17, 2021 at the age of 57. Those left to cherish his precious memories is his son Earl Odell Hopgood Jr., beloved partner Margie Donaby, loving mother Edwina Hollins, brothers; Markel Watts, Darryl(Tesla) Watts, Richard Hopgood, Marlin Watts, and John Whitford, sisters; Janet Shields-Scott, Patrina (Julias)Stewart and Betsey Dean Bowden, step - sister Fazio Beverly and his favorite cousins Roderick Dotts Sr. and Randall also known as Barry Griffin.

The family would like to thank everyone for their prayers, phone calls and condolences.

On March 26, 2021 at 11am, we will celebrate the life of Earl at Kraft Sussman Funeral & Cremation Services Chapel. If you would like to attend Earl’s memorial service virtually, please CLICK HERE. Passcode: 123456.

Share Your Memory of
Odell
Upload Your Memory View All Memories
Be the first to upload a memory!
Share A Memory
Send Flowers