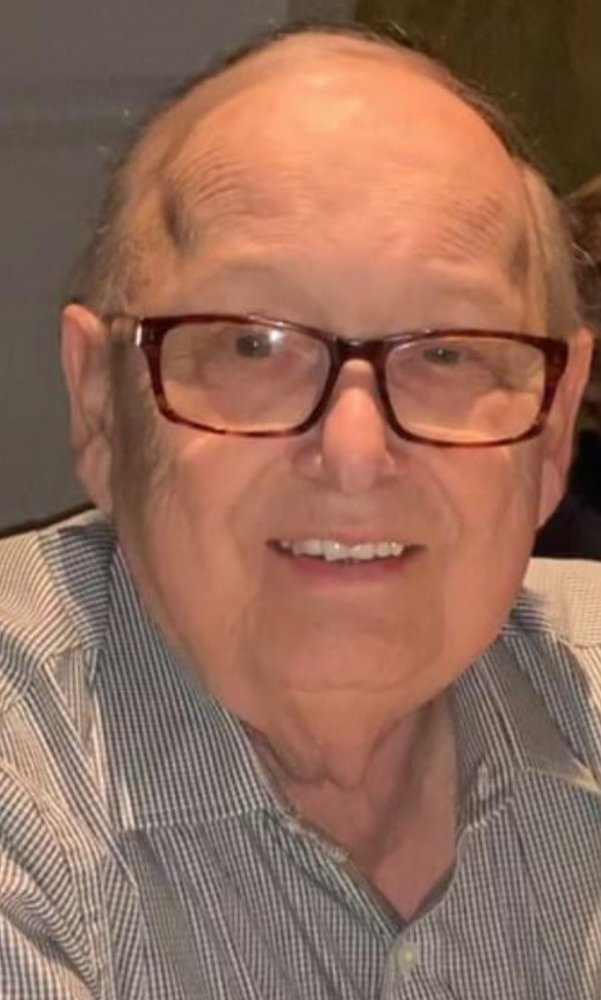 Born in Reno, Nevada his family moved to Las Vegas where he would spend the rest of his life. He attended Fifth Street Grammar School, Las Vegas High School and Nevada Southern University, nka, UNLV.  Following graduation, Doug enlisted in the US Navy for a two-year term in the South Pacific as a Seabee, followed by 2 years of active duty. He was proud to serve his country and would often reminisce of his travels and experience while in the Navy.

Doug met the love of his life, Helen Gentry, while attending a dance at the Nevada Southern. On completing his tour of duty and returning to Las Vegas, they were married at the Little Church of the West in March of 1964. During their 56-year marriage they had three daughters, two grandsons and two granddaughters.

Doug began a long career in architecture and civil engineering, first working on various projects at The Nevada Test Site. He was involved in the design of the original MGM Grand and Aladdin Hotels, the Jockey Club and Stratosphere Tower. He later became involved in roadway design projects in the Las Vegas Valley including the first design of the I-15 Hacienda bridge, as well as the design of I-215 Beltway bridges. He subsequently was involved in the design of the I-15 South Design project, the Boulder City Bypass project, and Project Neon. Doug loved his profession and found great satisfaction from his work. He was highly regarded among his peers for his sharp intellect, camaraderie and work ethic.

Doug was, first and foremost, a family man. He loved his wife, Helen and was totally devoted to her. They raised three daughters, Leslie, Natalie and Patricia. He always made time for his family, and was there for them day and night. He would never say no to any of them, whether it be babysitting, home improvement projects, homework, shopping, extra long phone conversations, or just time playing a game. People of all ages were drawn to him due to his fun-loving personality and passion for life. Doug had a great laugh and was an amazing storyteller having plenty to share particularly when it came to old Las Vegas. He loved fishing and made more than a few trips to Alaska with family and friends. One of his favorite fishing spots was Duck Creek, Utah where he and his grandsons shared many good times together. Doug was a fantastic cook and particularly known for his spaghetti and italian sausage as well his outdoor grilling skills, Thanksgiving and Christmas dinners. He was a passionate dog lover and there was never a time when he didn’t have a furry friend in his life. He was actively involved in his community, and while serving as President of the West Charleston Lions Club, he took pride in helping burn victims with generous donations to UMC Lions Burn Care Center. He donated countless hours through his years of service on the Board of Directors of the Lakes, Sun City Summerlin, and most recently serving Rhodes Ranch HOA’s ARC committee.

Doug’s friendship was something to be cherished and will continue in the hearts of everyone he touched. He is survived by his wife Helen, three daughters; Leslie (William) Bilotta, Natalie Stevenson, and Patricia (Josh) Earley; Two grandsons, Blake Rawlings and Michael Stevenson; and two granddaughters, Aubrey and Brooke Earley.

We little knew that day, God was going to call your name. In life we loved you dearly, In death, we do the same.

It broke our hearts to lose you. You did not go alone. For part of us went with you, The day God called you home.

You left us beautiful memories, Your love is still our guide. And although we cannot see you, You are always at our side.

Our family chain is broken, And nothing seems the same, But as God calls us one by one, The chain will link again.

Share Your Memory of
William
Upload Your Memory View All Memories
Be the first to upload a memory!
Share A Memory
Send Flowers