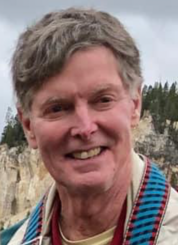 Obituary of Howard B Peterson

Las Vegas – Howard B. Peterson, III died unexpectedly Saturday, January 9, 2021.  Born in Waltham, Massachusetts to Bud and Arlene Peterson, he spent his youth in Terrace Park, Ohio with strong ties to the community and St. Thomas Episcopal Church.  He received his degree from Miami of Ohio, Class of ’69. Following in the footsteps of his Uncle, Col. Sumner W. Peterson, he joined the USAF and began his lifelong career as a pilot.

Howard is survived by his brother David of Massachusetts.  David fondly described Howard as everyone’s best friend – making us all feel like we were his very best friend.  Howard’s love of sports, especially tennis and golf took him around the world, making great friends along the way.

The Peterson family would like to thank the Dessert Springs Emergency Room for their dedicated care.  Memorial contributions may be made to MSPCA at 350 South Huntington Ave., Boston, Ma. 02130 and Wounded Warrior Project, P.O. Box 758516, Topeka, Kansas 66675-8516

Share Your Memory of
Howard
Upload Your Memory View All Memories
Be the first to upload a memory!
Share A Memory
Send Flowers