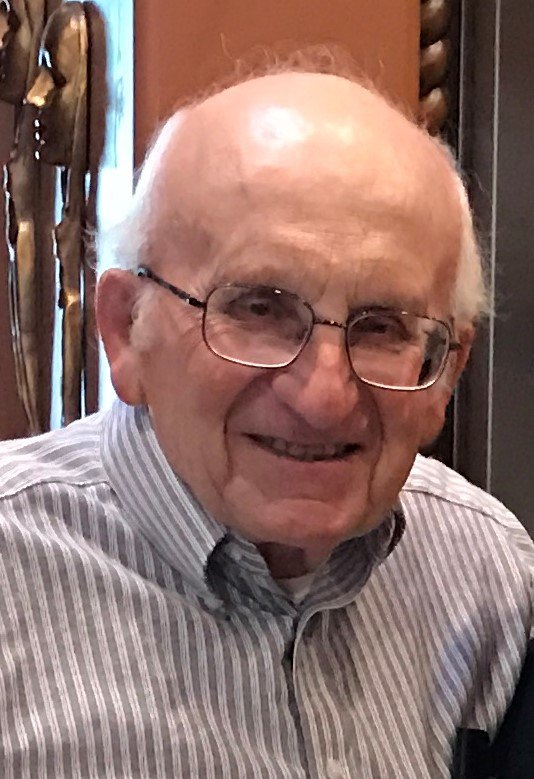 Stanley Gordon Chupnick, 82, an 18 year resident of Las Vegas, passed away on Monday, November 25, 2019.  Stanley was born August 14, 1937 in Baltimore MD to the late David and Mamie Chupnick.    He graduated from Forest Park High School in Baltimore, Maryland and then attended the University of Baltimore-College of Commerce.  Stanley served in the Army Reserves from 1957-1963.  He worked as an auditor for the state of Maryland for 25 years. After retirement, he and his wife moved to Las Vegas.   He loved reading.  Most Sundays were spent with family, watching the Baltimore Ravens play.  He was a Monday Morning quarterback, always yelling “throw it long” and “go for 2”.  Stanley loved to play shuffle board in Sun City, take walks and exercise. He enjoyed a glass of red wine for medicinal purposes.   He followed in his father’s footsteps, writing speeches he would read for every special occasion.  Stanley is survived by his wife of 60 years, Sandra; daughter Helene Blankfeld (husband, Harvey) and sons Stuart (girlfriend, Liliya) and Scott (wife, Felicia); grandchildren: Zachary, Jordan, Caitlin, Ethan, Connor, Ian, and Cameron; and brother Harry Chupnick.  The funeral service will be held Wednesday, November 27, 8:30 am, at Kraft and Sussman Funeral Services, 3975 S. Durango Dr. Suite 104 Las Vegas, NV 89147, followed by burial at Bunker’s Memory Gardens Cemetery.  In lieu of flowers please make donation to Friends of Parkinson’s 2400 N. Tenaya Way Las Vegas, NV 89128.  Stanley’s family would like to extend a special thank you to Home Instead Senior Care for being there as caregivers and friends to both parents, Nathan Adelson Hospice for helping him and our family through this very tough time, The Wentworth of Las Vegas, especially the staff on South Memory Lane, for taking care of him during the hardest of times, and all of our friends and family, near and far for their support.

Share Your Memory of
Stanley
Upload Your Memory View All Memories
Be the first to upload a memory!
Share A Memory
Send Flowers