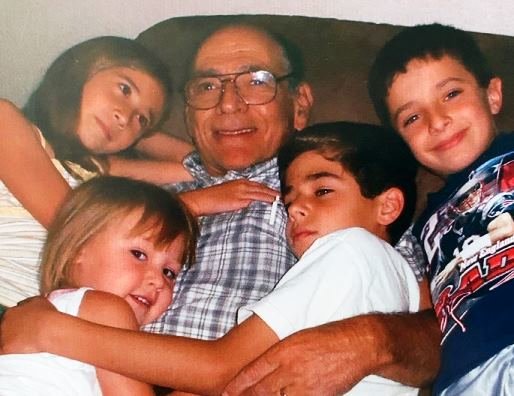 Wallace Sloane, age 80, of Las Vegas, died Thursday, July 11, 2019 at home. Wally was born March 2, 1939 in Brooklyn, NY. He is the son of the late Morris and the late Belle (Luboff) Sloane. He married Betty Oster on April 8, 1962 in Brooklyn, New York. He served in the Navy. He founded Exchange Consultants which operated for many years in New York City. He was blessed to be surrounded by his loving, amazing family and this was his joy in life, that and Milky Way candy bars. He is survived by his wife: Betty (Oster) Sloane ; his children Lori, Teri, and Michael;  his sons-in-law Danny and Tim and his daughter-in-law, LaRae; his grandchildren, Danny, Nicky, Brandi, Dori, Craig, Nicholas, Kalub, and Alithea;  and his nieces Alison and Sheryl. He touched so many lives and the positive impact he left behind will be felt for generations. He will now join his best friends Tony Ercolano and Richard Brunetti, his parents, and sister Evelyn in heaven. A graveside service will be held on Monday July 15, 2019 at 9:20 a.m. at the Southern Nevada Veterans Memorial Cemetery, 1900 Veterans Memorial Drive, Boulder City, Nevada 89005. A brunch will be held following the burial at the the home of Teri Aqualina. Wallace's care has been entrusted to Kraft-Sussman Funeral and Cremation Services. Wally will be greatly missed by those who loved him.

Share Your Memory of
Wallace
Upload Your Memory View All Memories
Be the first to upload a memory!
Share A Memory
Send Flowers