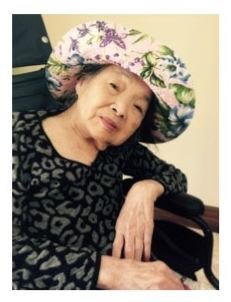 Setsuya “Sue” Kashiwagi Peltier, age 86, of Las Vegas, NV passed away peacefully Thursday, June 6, 2019 at Pacifica Senior Living Spring Valley. Born April 8, 1933 to Fukuju and Yasu Kashiwagi (nee Murase), she was the third child of six, in the town of Izuhara on the small island of Tsushima, Japan.

Setsuya was a loving and caring wife to Albert Peltier from 1963 until his passing in 2009. She was a proud mother of her four sons Kevin Peltier of Las Vegas, NV; Alan Peltier of Carlsbad, CA; Steven Peltier of Encinitas, CA; & by her son Brian Peltier who preceded her in death. Setsuya is survived by her brother Toshiya Kashiwagi and sister, Kuni Ito of Japan, and many cherished nephews and nieces.

She will be missed dearly.