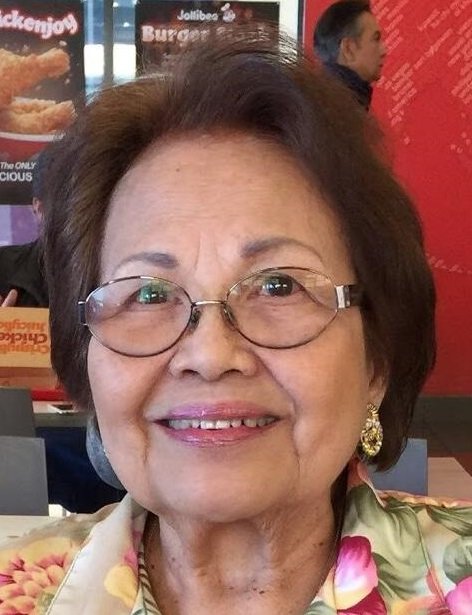 Get Directions
Friday
17
May

Get Directions
Saturday
18
May

Gloria Seraspi Bernaldo, 88, of Las Vegas, NV passed away peacefully in her sleep surrounded by her family on May 2nd 2019, at Pacifica San Martin Memory Care, her final residence. She was born to Cornelio and Coronación Seraspi in a family that would eventually have ten children, in a small town of Banga, Aklan, Philippines on December 8, 1930. She graduated from Banga College in the Philippines with a teaching degree. She taught briefly until she met the love of her life, an American sailor, Florencio Simeon Bernaldo.

She enjoyed visiting with all her children and their families, her sister and brother-in-law, as well as her extended relatives from the Bernaldo and Seraspi sides. She had many friends, too, throughout her life and as a woman of deep faith in God, she firmly believed He had blessed her with a wonderful one. Though she came from humble beginnings, she traveled and saw much of the world. She lived in various states in the U.S. thanks to the Navy, which brought her to a strange, new exciting country that seemed endless. As a naval dependent she crossed an ocean and traveled the breadth of her new country twice, from California to Virginia by train, then seven short years later, traveled back to California from Virginia via automobile.

This was long before the interstate system was built. She crossed the ocean again to live in Hawaii. After a couple years in Honolulu, she moved back to the Philippines for 3 years with small kids in tow.

In 1962, she and the children came back to California, and settled down in West Los Angeles. During this time Florencio retired from the Navy.  Being an entrepreneur, she opened a beauty salon in Santa Monica and then one in West Los Angeles which became quite popular.  There, her husband’s relatives joined them each Thursday for a crowded, noisy, fun mahjong night!

Gloria and Florencio retired in 1990 and moved to Las Vegas. She loved traveling to see her kids, reading, gardening and enjoying the casinos of her new home.

She will be missed.

Services will be held at Holy Cross Mortuary and Cemetery in Culver City, California:

Share Your Memory of
Gloria
Upload Your Memory View All Memories
Be the first to upload a memory!