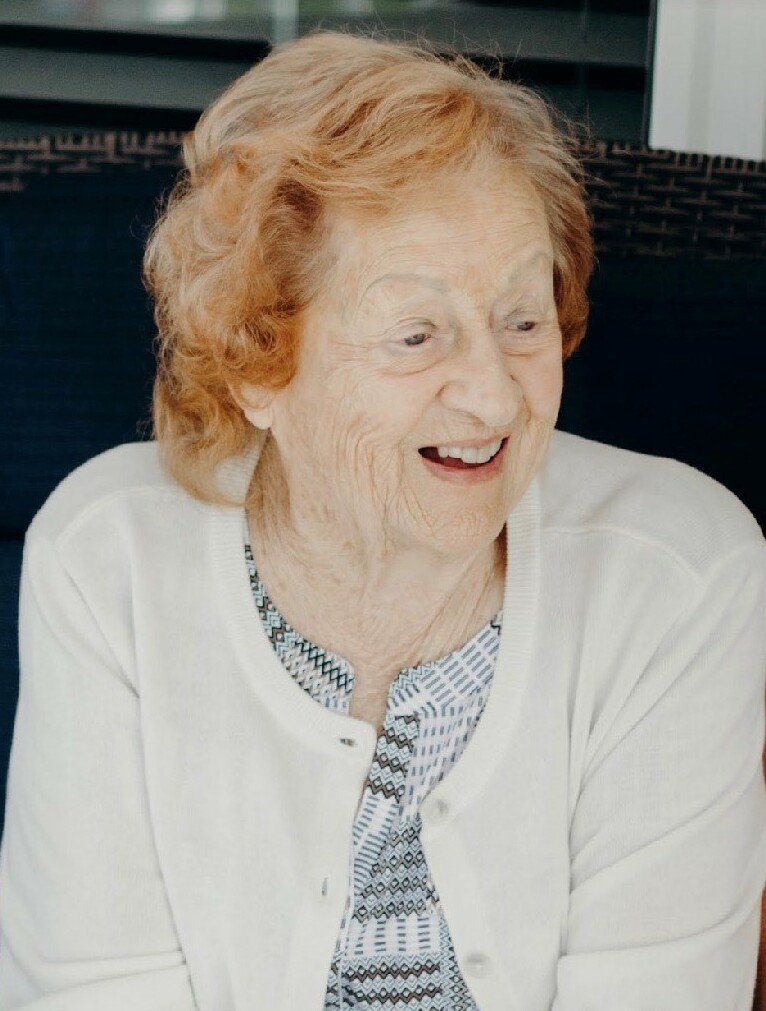 Bernice V. Kirkwood, also known as "Bonnie", passed away on April 24th, 2022 at 95 years old. Bonnie was a longtime resident of Anaheim, California and most recently Henderson, Nevada.

Bernice was born on April 29, 1926 at home to Frank Kotula and Kunegunda Lywayn, the fourth of seven siblings.  She was raised on the Southwest side of Chicago and was a young child during the Depression who spent most of her time at the park with her younger brother Teddy.  She went to work at a young age to help support the family when her father died suddenly when her youngest brother Stash was just a baby.  After a few attempts at different jobs, she started a job with the Can Company where she met Jeanette DeRoo and began a friendship with her that would last over 73 years.  There she also met the man she would eventually marry, Arthur Kirkwood.

With her husband Art she traveled all over the United States eventually settling with him in Anaheim, California after the Can Company closed down.  Together they became owners/managers of The Bon-Art Apartments in Anaheim.  They also became involved with the Assistance League of Anaheim, Anaheim Beautiful and Anaheim Memorial Hospital where she managed the gift shop and served as the Foundation Board President.   She also spent many years volunteering and fundraising for the various organizations she supported in her adopted home town. She also enjoyed bowling, golfing and slot machines, playing in many tournaments over the years.

Bernice moved to Henderson NV in 2019 to live with her niece Debbie Palomino and her husband Ruben.  Living nearby are their daughters and son-in-law’s, Sue and Scott Mikalausky and Rachel and Chris Savanelli.  She continued her support of good causes by becoming a charter member of the Rose Bud Auxiliary, supporting St. Rose Hospital, Siena Campus, Cardiac Care Unit.

Aunt Bonnie, as she was known to her many nieces and nephews, was loved and cherished by them all especially her great-great niece and nephew Ava and Joey Mikalausky.  Living so near to them it allowed her to spend quality time with them and participate in many of their fun school and sport activities.  She also had this opportunity while living in Anaheim with the families of her niece Joyce Dainko and late nephew Wally Kotula.  She also continued to enjoy playing slot machines, especially at the M Resort with her family including nephew Ed Nykrin and his wife Mary.   Her godchild and niece Sandra Kerr recently visited and took her to Laughlin for a day of gambling fun.  She also had the opportunity to see many other nieces and nephews when they would visit Las Vegas.

She was predeceased by all her brothers and sisters and her husband Arthur Kirkwood (died February 17, 1986).

Bernice had a second chance at love when she met John Vaydovich at a New Year’s Eve dance.  They enjoyed many years of golfing, visiting with family and gambling, she playing slot machines and John playing Keno.  John passed away on July 24, 2016.

Please consider a contribution in her name to the Veteran’s organization of your choice or to the Rose Bud Auxiliary at St. Rose Hospital, Siena Campus at https://www.supportstrose.org/ways-to-give/donate.

Share Your Memory of
Bernice
Upload Your Memory View All Memories
Be the first to upload a memory!
Share A Memory