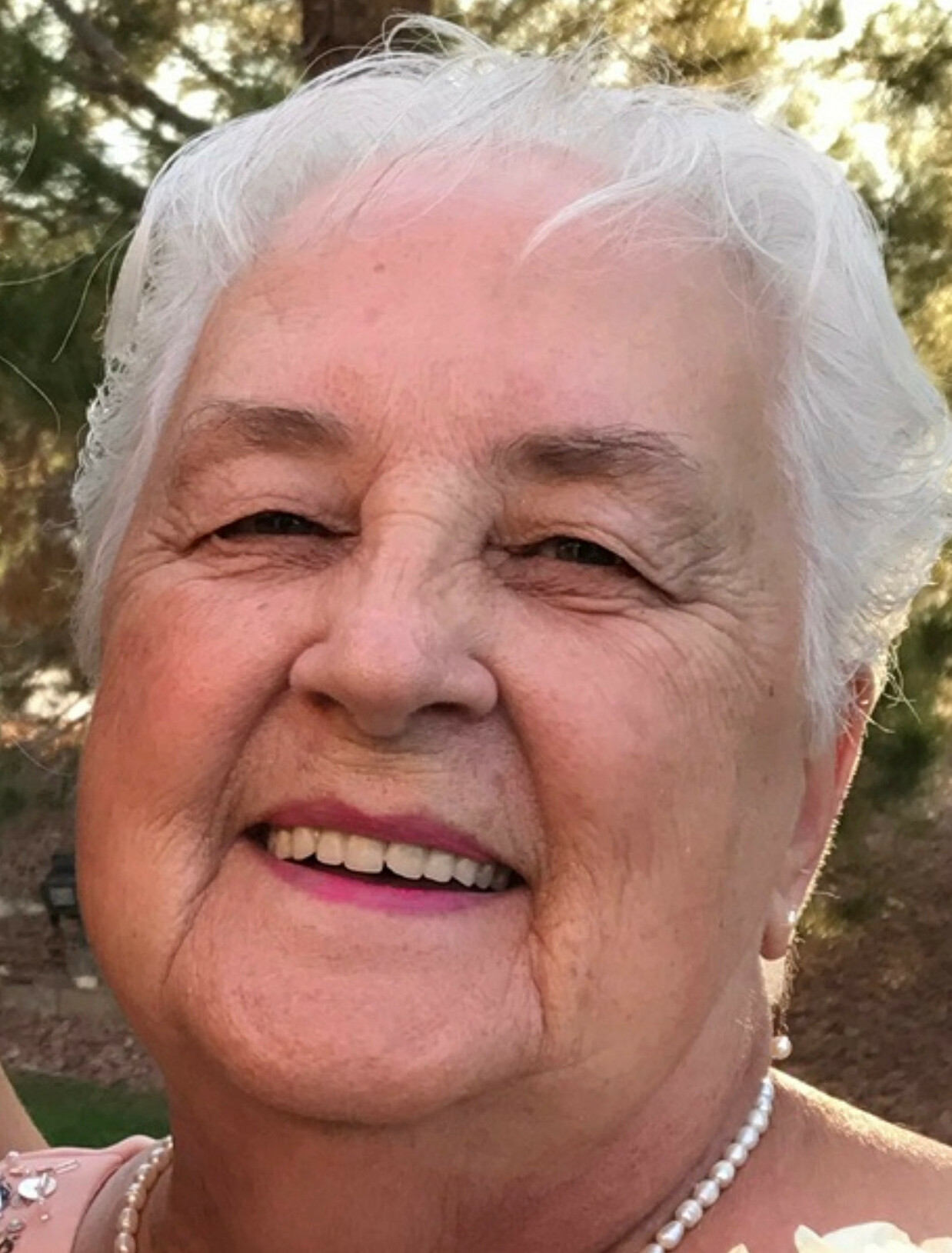 Surrounded by family at her home in Henderson NV, Carolyn Lee Melvin, 78 years of age, passed away peacefully on November 18, 2021.  She finally succumbed to metastatic breast cancer after a 15+ year battle with the disease.  For 5+ years since her husband Jim's passing, she longed to be by his side one day, and at long last, she is.  She will be incredibly missed by her family and the many many people with whom she shared her beautiful spirit.  For everyone, she was a beacon of hope and light, an incredibly generous and giving person and a powerful voice and advocate for everything good in this life.  She was the very definition of an angel on earth.

Born on May 24th, 1943 in Norwich, Connecticut, Carol was the first child of Fred and Winifred Murray.  Both her parents subsequently remarried to Bertha and Edmund Sirpenski respectively, and they had additional children, all of whom were Carol's half siblings, DeeAnn, Maureen, Gary, Joe, and Fred "Butchie".  She cherished her family and remained close for her entire life.  She was also close to her Aunt Barbara and other members of her extended family.  She was particularly close with her mother, Winifred, who soon celebrates her 97th birthday.  Carol and her mother spoke nearly every day until just recently.

In 1961, at the tender age of 18, Carol (or "Cookie" as many knew her) went to a dance in Norwich CT, where she met Jim Melvin, a Navy sailor stationed at the nearby sub base.  From the moment they met, they instantly knew they were both meant for each other.  Jim would quickly become the quintessential love of her life. They were soon married and started a storybook family of their own.  Their children were James "Michael", Terry and Lisa.

Starting with absolutely nothing, Carol and Jim earned their way forward with grit, determination and unbounded hope and optimism. They dedicated their lives to each other and the family.  They were determined to not only survive, but together thrive, and so they did. Based on extremely hard work, high integrity, discipline and mutual love and respect, they created their own great American success story. Based on Carol and Jim's strong foundation, all of their children went on to successful lives, free from any problems with drugs, alcohol or crime, etc.  They all had such great role models in Carol and Jim for their own families and loved ones.

Professionally, Jim was a carpenter, a local convenience store owner and later an entrepreneur in the fine collectibles business.  Each step of the way, Carol was right by his side helping to ensure the family's success.  She not only raised the kids, but started a wholesale jewelry business of her own, serving retailers worldwide from the basement of the family's residential home in Ledyard, Connecticut.  Jim and Carol then moved to Henderson NV (near Las
Vegas) where their daughter Lisa joined them soon afterwards, to establish her own family homestead.

Shortly thereafter, they took the collectibles business on the road stopping at key markets around the country.  They absolutely loved to travel together and see the many beautiful parts of the country.  With Jim's vision failing, it was Carol who bravely drove the 33+ foot RV across the country!  They decided to settle down again and relocated to their favorite stop in Florida, close to one of the best markets in the country for their business.  After 7 years there, Jim fell ill and they returned to Henderson NV to be near family and the exceptional nursing home at the VA in nearby Boulder City, where he was provided great care for an extended period of time.

Recreationally, Carol was the one and only "Bingo Queen".  She loved bingo and had built many friendships around the game all over the country.  She would play sometimes twice a week or more, often inviting family members and close friends.  She also loved to play cards, dominoes and other games with her many many friends.  She so looked forward to being around people and having fun together and enjoying each other's company.  She loved sharing great food, treats, playing jokes and laughing.  She always brought a smile to people's face wherever she went, often bringing treats, a thoughtful gift, or an uplifting story.  She was truly loved by all.

Carol and Jim remained married for 55 years until Jim passed away in 2016.  Before his death, Jim resided for an extended period of time in the excellent nursing home for Veterans in Henderson, NV. Carol visited her wounded love each and every day, bringing him home cooked meals, delicious treats, an abundance of hugs, kisses and deep admiration.  She lovingly remained by his side "in sickness and in health" as a remarkably devoted wife and caretaker until his last breath.  Carol adored Jim as her one true love. She remained committed to their special bond for the 5 years that she survived him and continued to build her life around his memory.

Carol is survived by many family members including, but not limited to: her 3 children James Michael, Terry and Lisa, her 8 grandchildren: Jim, Joe, Carrie, Jeanie, Michael, Megan, Sarah, and Matthew, and so many great grandchildren: Lily, Seth, Hunter, Arya, Max, Tucker, and Beckett.

Carol is also survived by many of Jim's extended family members with whom she remained so close, including his exceptionally close nephew and his wife: Ronnie and Barbara Morton, his nieces Terry and Alisa, and so many many others in his large family tree.

A large gathering of Friends & Family is being planned to celebrate Carol's life just the way she would want it.  The event will be held in Connecticut, nearby the dance hall where Carol and Jim first met. More information will be forthcoming as plans evolve.  But you might pencil in Sat, July 16th, which is right in between their anniversary on July 14th and Jim's birthday on July 18th.  In lieu of flowers, please consider a donation to the following worthy cause:

Share Your Memory of
Carolyn
Upload Your Memory View All Memories
Be the first to upload a memory!
Share A Memory