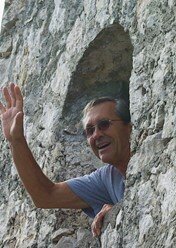 Walter Glenn Parrish passed away on November 8, 2021 in Henderson, Nevada, the result of a coronary event. He was 84 years young!

Walt’s story began on November 7, 1937 in Burbank California. He was the youngest child to Josephine and Walter Parrish and the little brother to his sister Norma. In 1948 the family moved to the Palisades and Walt grew up surrounded by a large extended family and his many friends.  His favorite childhood memories were of long summer camping trips in the Sierra Nevada Mountains. The tradition of the annual Parrish family camping trip continued through Walt’s childhood and into his adult life.  Hiking and fishing with his three sons, his many nieces and nephews and most recently with his two grandchildren was one of the greatest joys of his life. He loved being with ‘the kids’ and was the first to send them out on a “Snipe” hunt just after dark.  Walt was a committed family man and according to his sons he was the best dad ever!  From coaching soccer to building remote control airplanes to dunking each other in the pool Walt was always in the middle of it.   His sense of humor is legendary and he is known by all as “the king of corn”

After graduating from University High School in 1955 he attended Pierce College for one year.  In 1956 Walt joined the Navy. He spent the next three years serving our country and was stationed out of San Diego.  If Walt joined the navy thinking that he would ‘see the world’ he was sorely mistaken. When he wasn’t in port he was assigned to a navy tender that was stationed off of the coast of Japan. Walt often described his great adventure as nothing more than slowly moving again and again and again over the same trajectory. After his tour of duty, Walt returned to California and finished his education at California State Polytechnic College (Cal Poly).  He graduated in 1964 with academic honors and a degree in electrical engineering.  He was immediately hired by the Peerless Pump Company as a pump engineer. In 1974 he was transferred by Peerless to Fresno California continuing his successful career until he retired in 1997.  Fresno was Walt’s home for 44 years.

Shortly after going to work for Peerless, Walt joined Rotary International and for more than 40 years he participated enthusiastically in many local and international Rotary projects and events. In his retirement Walt dedicated his rotary efforts to teaching solar cooking and water pasteurization. To this end Walt and his wife Diane participated in multiple rotary sponsored solar cooking projects in Central America, South America, and Africa. He was committed to education and attended many Rotary International conventions speaking to his fellow Rotarians about the benefits Solar Cooking. In addition he was a frequent Guest Speaker at Rotary clubs, schools and religious centers all over the US.  Walt reached out and involved many Rotary sponsored high school and college clubs (Interact and Rotoract) in this project. Under his direction, more than 12,000 WAPIs (water pasteurization instruments) were produced and distributed to families, schools and hospitals through out the Third World. To many Rotarians he was lovingly known as the WAPI Man.

Walt was also a veteran participant in Project Nino, an annual Rotary health clinic for children held each summer in central Mexico.  He referred to himself as the “Gopher ‘ assisting everyone by going for this and going for that.  No task was too small or too large.  He was always available to help.  In 2017 Walt was awarded the coveted Rotary International award for ‘Service above Self’.

Walt loved to travel with his wife, Diane and their many wonderful friends.  They have traveled to the four corners of the earth together but, in truth, the simple pleasures in life brought him the greatest joy.  An evening with friends and family, puttering in the garden, walking the dog and chatting with the neighbors, a day at the beach, a walk in nature and most important of all - holiday gatherings, family vacations and spending time with his grandchildren. He was very proud of them and took great pride in their many accomplishments.  In 2018 Walt and Diane moved to Henderson Nevada to be closer to the grandkids.

Walt was an enthusiastic member of the Rock Steady Boxing program. He and his fellow ‘warriors’ worked together relentlessly to fight off the effects of Parkinson’s. They FOUGHT BACK and in doing so became a tight knit group supporting each other in every way imaginable.

Throughout his entire life Walt admitted to enjoying a passionate love affair with ice cream, lasagna and anything covered in chocolate.

Walt is survived by

Three generations of many nieces and nephews and

Friends, Rotarians and Rock Steady Boxers too numerous to name

Walt’s generosity of spirit and kindness of heart will be greatly missed and fondly remembered by all who experienced the joy of knowing him.

Share Your Memory of
Walter
Upload Your Memory View All Memories
Be the first to upload a memory!
Share A Memory