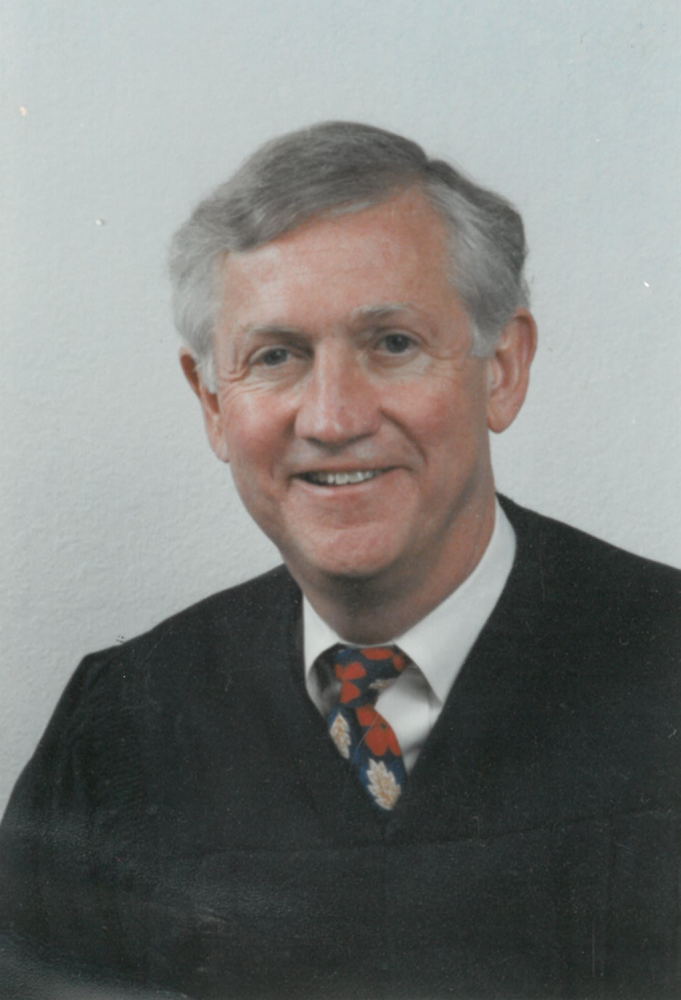 John S. McGroarty, 80, a Nevada judge for almost 30 years, died in his home after a long illness.

John was a proud Nevadan. He attended St. Joseph’s School and Bishop Gorman High School. He then went to Notre Dame, graduating in 1963. He went to the District of Columbia to attend Howard Law School, graduating in 1969. He worked for US Senator Howard Cannon as an officer on the Capitol Hill Police Force and then as a legislative assistant on the Senator’s staff. While on the staff he worked for the Democratic National Committee and the 1968 presidential campaign of Us Senator Hubert Humphrey.

After returning to Las Vegas, John clerked for Judge John Mendoza and practiced law with former Nevada Governor and US Senator Richard Bryan and Oscar Goodman. In December 1970 John was asked by Nevada Governor-Elect Michael O’ Callaghan to be his administrative assistant and legal advisor. At the if O’Callaghan ‘s second term, John was appointed as Justice of the Peace in Las Vegas and won first election in 1978. He became a District Court Judge in 1982, retiring in 2006 and served as a senior judge for two years.

He is remembered for his commitment to children and the disadvantaged. He then chose to be the district court judge for Clark Country Juvenile Court for six years. He was the driving force behind the formation of Family Court and Southern Nevada’s Mental Health Court. He felt strongly about those who had nobody to speak for them; he became their voice.

A funeral mass will be held at St. Elizabeth Ann Seton Roman Catholic Church, on Monday, November 8th at 10:30am. Donations can be made in his honor to the Salvation Army, McGroarty Memorial, 2900 W. Palomino Lane, Las Vegas, NV 89107.

Share Your Memory of
John
Upload Your Memory View All Memories
Be the first to upload a memory!
Share A Memory
Send Flowers