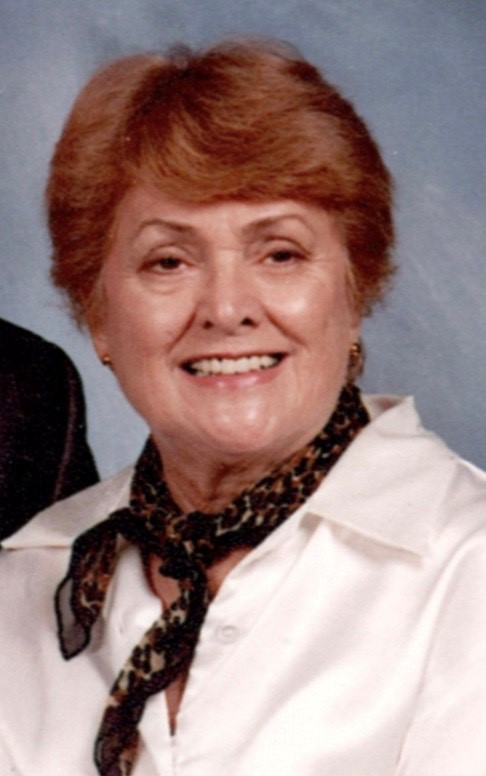 Barbara Ann (Muth) McCrea passed away peacefully Wednesday September 8, 2021. She was born in Huntington, West Virginia August 5, 1929 into a large German/Irish Catholic family. Her parents Rinard and Agnes Muth had 9 children. One died in childhood, but the rest grew up and had large families of their own. Barbara was one who felt the need to move on and become independant. She was an executive secretary her whole life and she was fabulous at it. She worked for years for Cargill in Toledo,Oh and Coral Gables, FL. She also worked at Beber Silverstein in Miami, where she ran Hank Goldberg's life for him.

Barbara married V.W.Patterson in Huntington and they had one daughter, VeAnn. Years later and many places inbetween, she met and married John McCrea (and his whole family!) in Miami. After retiring, they moved to Winter Park FL where the social aspect of Barbara's nature flourished. She was outgoing and organized and creative, and soon became a part of the residents council and a leader on her floor. She also discovered a natural talent for art and her paintings won many awards. She had a beautiful voice and sang in many choirs. She was especially proud of singing "Ave Maria" at her sister Helen's wedding.She and John had many friends and were married for 42 years. John died in April 2020 and Barbara was brought to Las Vegas to be closer to her beloved daughter who wanted more time to hold her hand and tell her she was loved, a deep,abiding, all-encompassing love.

Barbara's life was not always smooth or easy, but she had an inner core of strength that supportd her goal of providing a good life for VeAnn, a better life with better choices than she herself had. She had great courage, she was beautiful and vivacious, she was a real lady and she will be greatly missed by all who knew her.