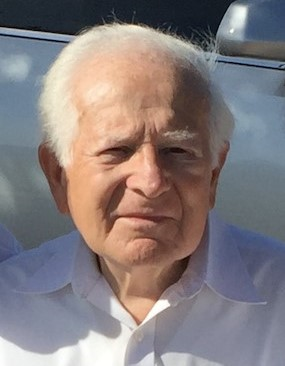 Philip Mitchell Williams, 92, of Summerlin, NV, a man of many seasons & a true hero to his family & friends, reunited with his wife Evelyn (who preceded him in death) from his final earthly home at Silver Sky Assisted Living on May 24, 2021.

Philly (as his beloved wife, Evelyn used to call him) was born in Hackensack, NJ to Joseph & Louise on June 14, 1928. He attended Aviation High School in NY, went on to attend University of Mexico in Mexico City & returned to the US to graduate from University of Pittsburgh. Phil proudly served in the Navy, April 1946 to February 1948.

Phil married Evie in 1956 in Pittsburgh. At that time Phil was working for Joy Manufacturing and was transferred to Peru. Phil & Evie returned to the United States a year later. They settled in Rego Park, NY where they lived for over 40 years. Phil had a successful career in Corporate Sales with various heavy machinery manufacturing companies and travelled the world for his job. He left the corporate world in 1971. It was his passion for art which developed from his world travels that inspired his decision to open an art gallery. Uptown Gallery was born in 1972 where he and Evie became well-respected, well-loved, world-class art dealers. After 25 years in the art business they  retired to Las Vegas where they lived for the rest of their lives.

Phil lived a life filled with passion and love for his family; adventure & bravery; with a strong attitude of “I did it my way.” Whether he was tinkering with his model railroad, riding horseback though the Grand Canyon, taking the family camping to the rugged mountains of Pennsylvania, steering his boat through rough seas with his family onboard, building (yes building) his own plane and actually flying it....Phil always found time to be a great husband to his beloved Evelyn and a sensational father to his three children Steve, Bonnie & Susan. Phil has left an indelible mark on this earth. He was a true renaissance man. He will be deeply missed but never forgotten.

The family would like to extend our gratitude and deepest appreciation to all the wonderful staff at Silver Sky and Compassion Care for caring for Dad in his last years.

Phil is survived by his son Steve & wife Melissa of New York, his daughter Bonnie of Amsterdam, The Netherlands, his daughter Susan of San Francisco, and his grandchildren Kristie, Michael, Cody, Shanna and Jenna. His beautiful wife, Evelyn, left his side and passed on March 29, 2016.

Share Your Memory of
Philip
Upload Your Memory View All Memories
Be the first to upload a memory!
Share A Memory
Send Flowers