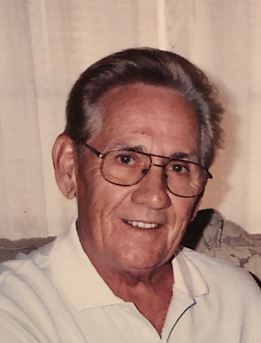 James Florian Dosenbach (78) His “bright light” of life began shining September 21, 1942 when he was born in Chicago, IL.  His parents were Mary & Charles “Bud” Dosenbach (both preceded him in death).  He served us all; friends, family or strangers, faithfully and well until his “Last Call” at 7:38pm on May 21, 2021 at Spring Valley Medical Center in Las Vegas, NV.

Jim touched everyone who knew  him;  whether they called him Jim, Jimmy, Dosey, Dad, friend or Husband! He lived in many states from Illinois, Alaska, Wisconsin, Florida, and Nevada. The U.S. Army honorably discharged him after his service, as a firefighter to our country, was competed. The things he loved doing most throughout his life, included:  playing cards or playing sports, like football and 16-inch softball. Boating, scuba-diving, hunting, traveling, and riding motorcycles fill lots of our memories of Jim. He could fix most anything and liked working on cars or restoring old cars. In his life he has loved his pets well—his dogs mostly…and Bucko, the parrot who will probably outlive us all.  His most memorable activity, though, was telling stories… whether you had heard them before or not, he enjoyed telling them again!

Maybe you remember the one about, “Only having two careers in his life.” He was very proud to have been the youngest Produce Manager at Jewel Foods. Most of his stories were about the experiences on the Chicago Fire Department. It’s been said, by a dear fireman friend that, “Jim was a Fireman’s Fireman.” His brave acts of valor have been memorialized in award after award…not ever to be forgotten. The Chicago Fire Department was his home-away-from-home for 33 years. Having always been in one of the busiest fire houses in the city, his friends and their experiences were on the tip of his tongue because they meant so much to him. Thank you for listening so lovingly to the reminiscent heart of a grateful, proud and brave man. He retired as a Captain of Truck 58, from the 2nd Shift, in 1999.

On August 25, 1997 he married his life-long soulmate, Dawn Dosenbach, who survives him after his death. She became the one he trusted the most—The One who gave him peace and love, like he had never known. Jim and Dawn’s love story spanned well beyond their 24 years of marriage.

I’m not certain who was more proud, Jim or his daughters:  Suzanne (Jim) Henderson of Harrisburg, OR and Lisa (Bert) Ingram of Moncks Corner, SC. He was a proud Dad because his girls, who both survive him in death, had grown into strong women with families of their own. Suzanne & Lisa were always proud to call their “Hero”, “Dad”. Nothing made him happier, though, than when he became the Grandpa to Hannah and John Henderson (15 & 13, respectively) and Nathan Ingram (9). These surviving grandchildren were a joyful expression of love to him.

Jim’s peers, the countless friends, who were “like family” and all of our extended-family will miss this extraordinary, larger-than-life man. His legacy, of a life well-lived, will forever carry on in our hearts, thoughts and memories. Plans for a Memorial service have not been made.

Please visit our guest book and leave a note to the family at: www.kraftsussman.com

Share Your Memory of
James
Upload Your Memory View All Memories
Be the first to upload a memory!
Share A Memory
Send Flowers