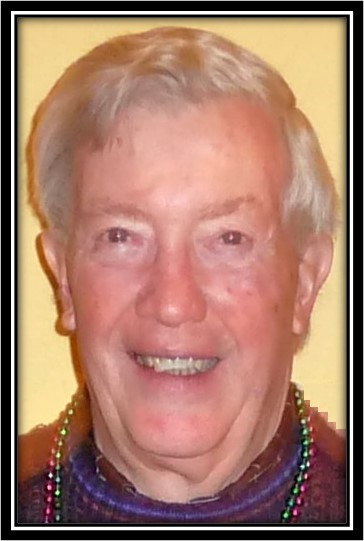 Richard “Dick” Eugene Moos passed away at his home in Las Vegas, Nevada on Monday, May 3rd, 2021.  He was born Richard Eugene Buck in Kalispell, Montana on June 23rd, 1938 to Elmar Scott Buck and Mary Opal Buck.  After his father passed in 1942 his mother remarried Louis Michael Moos in 1948.

Dick leaves behind his loving wife of sixty years, Eileen, and their three sons David, Alan (Christina), and Kevin (LeAnna).  He has five grandchildren, Jeff, Kaia, Becca, Ryan and Justin.  He is also survived by his sister Donna Gornick and numerous nieces and nephews.  He was preceded in death by his parents and his sister Carol Anderson.

Dick graduated from Montana State University and later earned a PhD in Freshwater Biology in 1979.  He worked as an Ecologist and Project Director for several engineering firms and the DOE on toxic waste remediation projects.  After retiring Dick and Eileen spent twenty joyful years traveling the United States and Alaska in their motor coach, making countless friends along the way.  When they weren’t on the road they split their time between Colorado, Montana, Washington and Las Vegas.

Dick was quick to help others and to welcome friends and family with a smile.  He was hard working, dependable, and responsible.  He was a loving husband, father, and grandfather.  He will be missed by many friends, and dearly missed by those who knew him best.

An informal celebration of life will be held at the Revel Retirement Center in Las Vegas on Thursday, May 13th, 2021 from 11 a.m. until 2 p.m.  A memorial service will be held at St. Joseph’s Catholic Church in Big Timber, Montana at 11:00 a.m. on Saturday, June 5th, 2021, followed by committal at the cemetery in Big Timber.