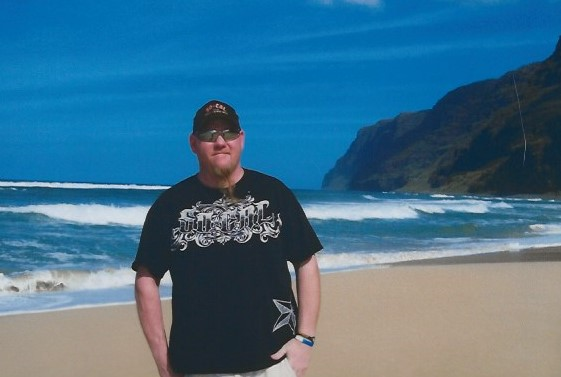 David Sterling Phillips was born on February 3, 1971 in Fort Hood, Texas to Danie Joe Phillips and Carol Helton Phillips (Lisowski). He graduated from Goodland High School (Kansas) in 1989, and then attended Community College of Southern Nevada (Las Vegas) with an emphasis in graphic design. He also received his certification in Website Design from the University of Nevada, Las Vegas.

David worked from numerous casino gaming companies in Las Vegas and owned his own graphic design business - DIMENTIONX GRAPHIX.  In 1999, he won the Chip of the Year Award for his design of Harrah’s “Dry Heat” chip, and in 2001 for Aladdin’s “United We Stand” chip, honoring the twin towers in New York City. He was sought after artist, designing for well-known local celebrities as well as the gaming companies he worked for and his own customer base.

David was family-oriented and enjoyed spending time with both Mom and Dad, his brother, god children, grandparents, aunts and uncles and cousins, especially those he grew up with. David’s friends all say he would do anything for anyone and was recognized by many as their little or big brother. David was gentle, kind, caring, and honest, and he cared about preserving the oceans and our land for future generations, protecting/rescuing animals, and the best son ever.  He loved animals, especially his cats, Kauai, his Savannah and Maui, his Bengal, and before that M&M, Charlie and Kona, and his canine brother, Harley (the Golden Retriever).  He received his advanced diver certification in 2016 and loved the ocean, the fish, turtles, and mammals he saw snorkeling or diving, even sharks.  He loved Mustangs and showed his 2014 frequently at car shows.

David Sterling Phillips passed away on April 11, 2021, at the age of 50 in Henderson, Nevada. He is preceded in death by his Stepfather Ron Lisowski, his Grandparents; Carl and Dorothy Phillips, Lavetta and Ben Helton and his cats M&M, Charlie, and Kona.

A Hawaiian ocean burial for David will take place in June off the coast of Kona, HI.

In lieu of flowers, the family has requested a donation be made to any animal rescue organization in David’s name.

Thank you to all who reached out by phone, texts, ccards and Facebook

Share Your Memory of
David
Upload Your Memory View All Memories
Be the first to upload a memory!
Share A Memory
Send Flowers