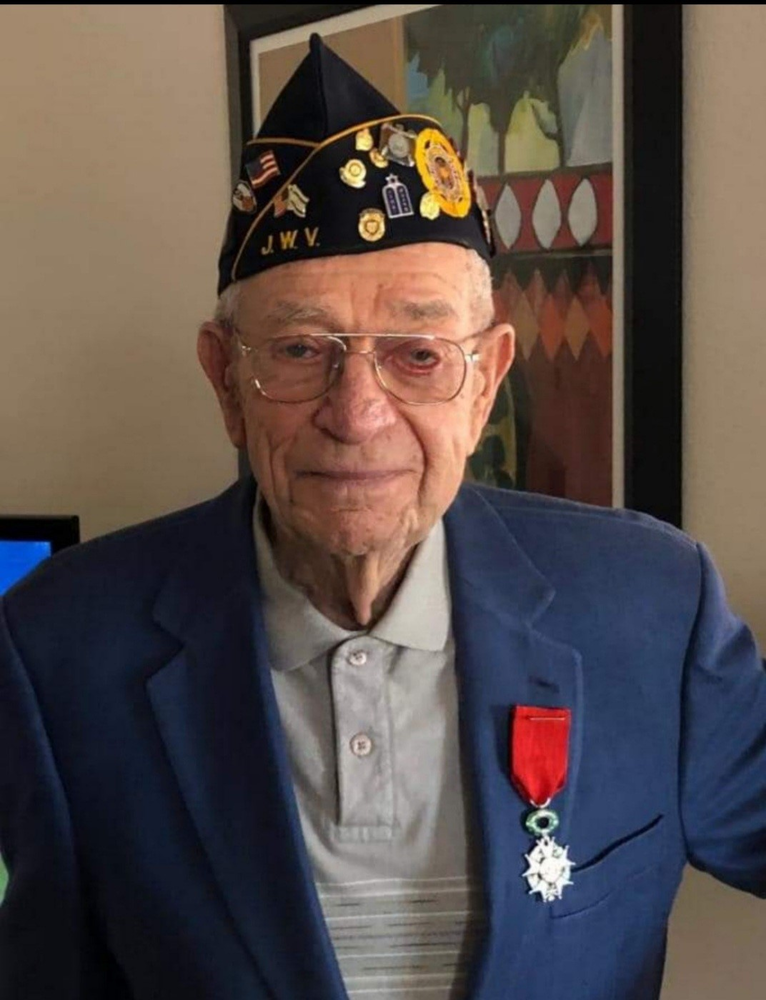 George Barnett passed away peacefully at the age of 96 on April 12, 2021. He leaves behind his loving wife Sylvia of 24 years, 3 sons, Sheldon/deceased, (Annys), Marc (Karen), and Steven (Terri). He was also stepfather to Gary (Tito). He has 12 grandchildren and 20 great-grandchildren. He was predeceased by his wife of 54 years, Elaine.

George served in the Army Air Force during WW II and was an active member of the Jewish War Veterans, serving 5 years as Commander. He was passionate about giving back to the community and volunteered his time serving cake and coffee at the Veterans Hospital. In June of 2020, he was awarded The French Legion of Honor Medal, which is France's highest civilian honor for his service in WW II.

During his career as a precision machinist for AIL-Cutler Hammer, he helped manufacture parts for the Mars Mariner Space Craft mission in the 1970's.

He enjoyed family and friends, but his favorite passion was golf. Over the course of his life, he celebrated many holes-in-one and was able to continue playing up until five months ago. He enjoyed performing and acting in variety shows at Mac Donald Ranch, where he portrayed George Burns and Tevye, from Fiddler on the Roof. He was the life of every party and enjoyed nothing more than dancing with his family.

Share Your Memory of
George
Upload Your Memory View All Memories
Be the first to upload a memory!
Share A Memory