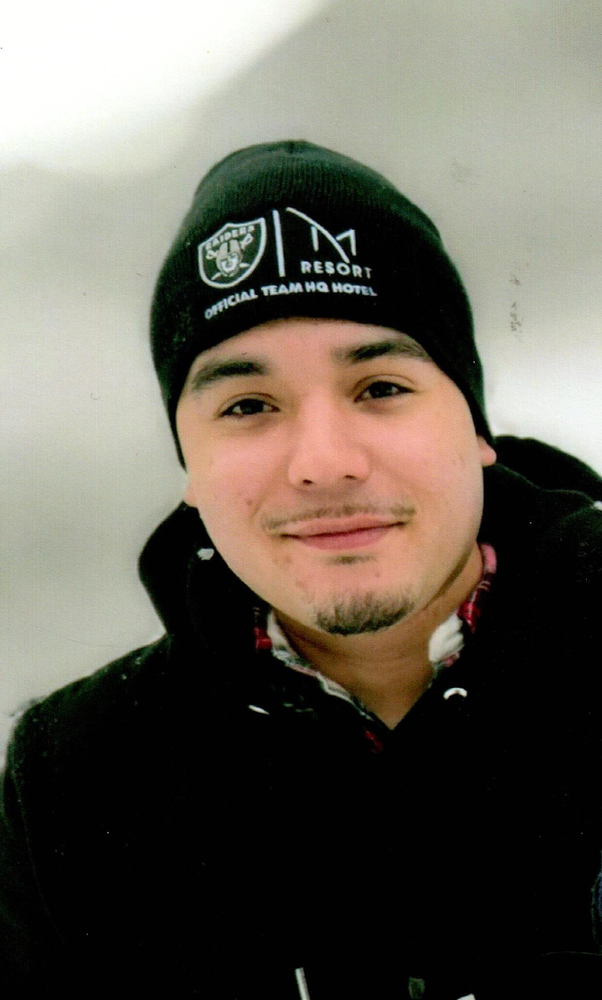 Michael Vincent Fournier, also known as Lil Mikey Bo. Passed away unexpectedly at home in his community of Rhodes Ranch in Las Vegas, NV on March 22nd, 2021. Michael was only 23 years old. He was born as the oldest twin by 16 minutes at Stanford hospital in California. Michael and his twin brother Jeremy were born 2 months early. Proof that he was eager to enter the world and make a difference. He was born to Eli and Juanita Fournier and was a younger sibling to Hector and Yesenia. Michael grew up in Brentwood, California. Some of his favorite activities to do as a teenager was playing music. He taught himself how to play guitar at age 13 and his younger twin, Jeremy, played the drums. They even had their own band of 3. Their band name was "No Comply" His passion was always music, whether it was singing, making lyrics or playing his guitar. Music was his joy. Besides music, his second favorite thing was spending time with his family. He loved quality time at the beach, going on trips and being with his loved ones any chance he got. He loved going on hikes and exploring the outdoors. There was never a dull moment when you were with Michael. His humor was unique and he always found a way to make others smile or laugh. Even through his struggles, he always made it a point to lift others up and encourage them. In HIs early 20's, Michael found Jesus. Once he found the Lord, he made it his mission to continue bringing others to Christ. He loved praying for others and always pointed them to Jesus. He was never ashamed to spread the gospel and shout a "Hallelujah"

His smile, his laughter, his voice will always be missed. One of the things he always made known was his love for his niece and nephew, Kailani and Josiah. The way he made them laugh was so unique. He used to say "Man, I love these kids. They always make me so happy" They were his greatest joy and he was so proud to be their uncle. Michael leaves behind a huge family who will miss him every single day until they reunite again in the heavenly realm. Michael left a legacy of love, strength, unity and grace for all to see. His departure from this world was sudden and early, but his name will live on forever in the hearts of all who knew him.

Donations through GoFundMe for his services would be greatly appreciated

Share Your Memory of
Michael
Upload Your Memory View All Memories
Be the first to upload a memory!
Share A Memory
Send Flowers