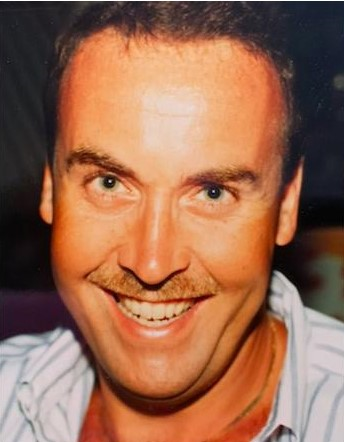 Thomas Edmund Crowe, Esq., of Las Vegas, NV, passed away on Monday, March 22nd, after a sudden and severe cardiac arrest suffered on Thursday, March 18th. He was 68 years old.

Tom was born on New Year’s Day, 1953, in Philadelphia, PA,, to mother Mary C. Crowe (nee Ward) and father Joseph Crowe (both deceased). Growing up in Germantown, Tom attended LaSalle College High School and graduated Summa Cum Laude from Temple University (Phi Beta Kappa) before attaining his J.D. from Cornell Law in 1979. He leaves behind three children (Brian and Julianne Crowe from Pennsylvania and Thomas J. Crowe of New Mexico), a daughter-in-law Mary Ellen Crowe, and two grandchildren, Leo and Nora Crowe, with whom he deserved more time. Tom was married thrice, once to native Philadelphian Margaret Breen Micaletti and then twice to Jane Clark, an original Nevadan who now lives in NM. His girlfriend, Jane Noble, known as 'Lady Jane' to her friends, hails from Brighton, England, and has lived and worked with Tom for several years. Tom also took care of two long-time pet cats, Rocky and Fang.

In the mid-80s, Tom moved from Philly to Vegas, with his mother in tow, to work initially for the IRS; he then went on to build a prominent tax/bankruptcy practice, Thomas E. Crowe Professional Law Corporation, focusing on dispute resolution and litigation. His friends and colleagues talk admiringly of Tom’s wit and willingness to take on more challenging cases other attorneys would avoid. According to a prominent attorney and long-time colleague, “Tom wasn’t afraid of doing anything.” He held admission to the Bar of the Supreme Court of Nevada, New Jersey, and Pennsylvania, as well as the U.S. District Court and the U.S. Supreme Court. He was also a former Special Assistant United States Attorney.

There will be a small service for close family and friends held on Thursday, April 1, at the Kraft-Sussman Funeral Home on Durango Dr. in Las Vegas, from 2-5 p.m. In lieu of flowers, anyone moved to do so should donate to your local SPCA or related animal shelter. Thanks to all who have reached out with condolences; the extended Crowe family truly appreciates your kind words about Tom.

Share Your Memory of
Thomas
Upload Your Memory View All Memories
Be the first to upload a memory!
Share A Memory
Send Flowers