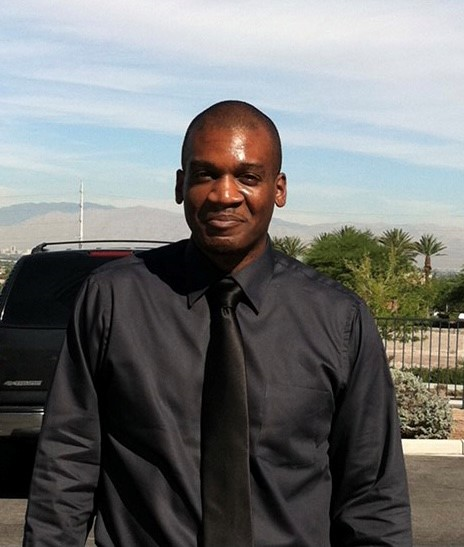 Aaron Lee Clark son and brother taken too soon on
February 1, 2021. Aaron was born to Ronnie and
Angie Clark on December 21, 1975 on Elmendorf
AFB, Alaska.

Aaron’s childhood years were spent in Alaska
playing sports (soccer, football and basketball),
fixing cars, and fishing with his father. When Aaron
graduated from High school he joined the Army. He
was stationed in Ft. Stewart, GA and did tours in
Korea and Kuwait. After his honorary discharge in
1998, he married Joanna and divorced a year later.
He then moved to Las Vegas where he made his
home for over 20 years.

Aaron worked in finance for several years. His
latest job was supervising employees at Credit
Acceptance where he was awarded the Changing
Lives Award in August 2020. Aaron demonstrated
the true meaning of servant leadership and had an
amazing way of touching those whose paths he
crossed.

He had a love for cars and driving fast. In 2018 he
bought his dream car, a Chevy Camaro to fuel this
passion. Aaron also enjoyed artwork and was
extremely talented at graphic designs. He enjoyed
reading and held a plethora of knowledge about
various topics including history, politics, and
computers. He was a kind and thoughtful soul who
will be missed by many.

Aaron leaves to cherish his memory, his Parents
Ronnie and Angie Clark, Sister Valerie Clark and
Grandmother Edna Clark, Uncle Avery Clark (Lita)
Aunts Wanda Larkins, Cynthia Clark, Linda
Anthony (Tony), a host of cousins, and the many
friends and coworkers he encountered on his
journey.

In lieu of floral arrangements the family is asking
you consider donations in Aaron’s name to the
following organizations:
American Foundation for Suicide Prevention:
https://afsp.org/about-afsp

Share Your Memory of
Aaron
Upload Your Memory View All Memories
Be the first to upload a memory!
Share A Memory
Send Flowers