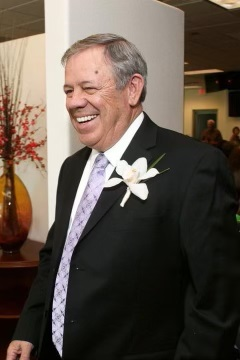 Richard Gillman Jr. (77) of Las Vegas, NV, formerly of Whitman, WV, went to be with the Lord on February 22nd following a short illness. He was preceded in death by his parents, Richard and Polly Gilman, and brother, Russell.

Those left to cherish his memory include his loving wife of 59 years, Penny, two children, Richard Gillman III (Kathy) and Leah Dell (Phillip), seven grandchildren and six great grandchildren. He will be sadly missed by his brothers, Reather (Rebecca) and Randy and a host of family and friends. Also, left to mourn his passing are his pastor, Rob Wright, and members of Abundant Grace Church, where he served as an Elder and Head Usher.

After graduation from Logan High School he joined the United States Air Force and proudly served his country for 50 years. Richard spent 40 of those 50 years of government service on the Nevada Test and Training Range (NTTR).  Prior to retiring, he was responsible for the management of USAFWC/ACC NTTR and the National Training Center/Green Flag technical capabilities.  He provided overall program management, logistical management, communications support, technical management, operational support, and direction to 35 government employees and 300 Air Force contractors in support of live force-on-force combat training and weapons system testing.  He was also a technical advisor to the 89th Operations Group Commander and represented ACC as a voting member of the Joint Technical Contract Partnership on the Board of Range Directors.  He developed and executed significant improvements in NTTR capabilities directly supporting the Warflighter.  Upon retirement, a road was named in his honor for his selfless and valuable service.

Richard enjoyed spending time with his family and being actively involved in their lives. He was devoted to the love of his life, Penny, and dedicated his life to her happiness and serving the Lord. Richard was an influential role model for all who knew him.

A celebration of Richard’s life will be announced at a later date. In lieu of flowers, donations may be made to his favorite charity, The Women’s Resource Center of Las Vegas.

He was a loving son, husband, father, grandfather, great-grandfather, and brother. Richard will always be our favorite hello and our hardest goodbye.