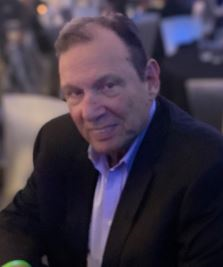 Seymour "Sy" Raphael London was born on July 20, 1943, and was raised in Brooklyn, New York. He spent his career working on Wall Street for the Bank of New York for 30 years and retired at the age of 55.

He met Gladys, the love of his life, on August 28, 1965 at a friend's wedding at Leonard's of Great Neck. They married two years later on November 5, 1967. Sy loved spending time upstate New York with Gladys and his family where many great memories were made. They spent summers at Goodman's Bungalow Colony, and later at their condominium at Davos in the Catskill Mountains. Shortly after the birth of his first grandson Jesse, who he affectionately referred as Primo (the first-born), he and Gladys relocated from Brooklyn to Las Vegas, where they have made their home for the last 20 years.

Sy was passionate about sports; baseball, football, basketball, hockey, and horse racing, and especially loved his Brooklyn Dodgers. He loved going to the Sports Book at the Sun Coast Casino because he could watch all of the sporting events from around the country at the same time. Passover was always a special family tradition for Sy, and he always sat at the head of the table leading us through the Passover Seder. He took great pride in planning the Seder and selecting passages from the Haggadah for each participant to read.

Sy loved to sing for an audience. He immersed himself in the community where he made close friends and was a member of the Silvertones, a local singing group. He also sang in the temple choir. He was a proud grandfather, and loved sharing his passion for sports and his Jewish faith with his grandsons and son-in-law. There was rarely a little league baseball game, school concert, or birthday party that he missed. He will be remembered for his calm demeanor, passion for the American Songbook, singing at any opportunity, his sense of humor, and most importantly the forever-after love story with Gladys, his wife of 53 years.

The funeral will be held at 10:40 am on Wednesday, February 24, 2021 at the Southern Nevada Veterans Memorial Cemetery, 1900 Veterans Memorial Drive, Boulder City, NV. The service may be viewed via Zoom on this link.

Share Your Memory of
Seymour
Upload Your Memory View All Memories
Be the first to upload a memory!
Share A Memory
Send Flowers