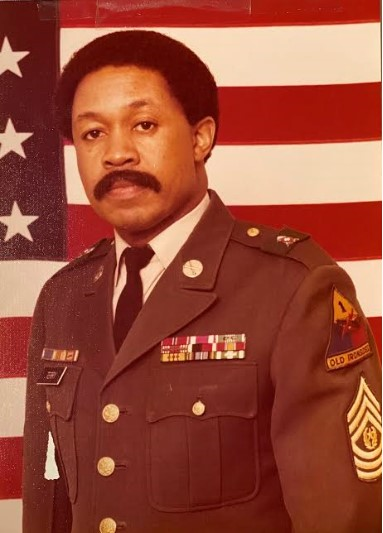 Willie C. Terry also known as Will, Dub, Uncle Dub, Terry, Uncle Terry, Dad, Papa made his transition at the age of 85 on October 5th 2020 in Las Vegas, Nevada.  He was born on April 9th 1935 in Henderson, Missouri to John and Cora Dee Terry. He accepted the Lord at an early age and was strong in his faith throughout his life.

Willie was the eldest of 18 children, 11 of which are still living.  Dub was a great brother to all of his siblings by loving them and helping to watch after them.  His younger sister, Marsh loved to tease him by singing, “You are my sunshine, Dub…” to him because she loved and appreciated him so much.

Family was very important to him and he married the love of his life, Brenda, in 1979. During their 41 years of marriage they loved to travel.  Together they visited two continents, nine countries and 15 states.  They lived in two countries and three states.  They traveled by ship, plane, train and automobile.

Terry was a wonderful father to his five children, loving them, exposing them to new experiences and teaching them to appreciated things and to never take things or people for granted.  Terry was a great mentor and father figure to many sharing his life experiences and offering words of wisdom.  Papa thoroughly enjoyed spending time with his grand and great grand children.  He entertained them with funny faces and exaggerated tall tales.  Papa would get on the floor with them and let them crawl all over him causing fits of laughter.

Terry joined the United States Army at the age of 17 and served on the front lines of the Vietnam War.  He had a highly decorated military career ultimately earning the rank of Command Sergeant Major of the Non Commissioned Officer Academy at Fort Carson army base in Colorado Springs Colorado where he served under the then Assistant Commander of the 4th Infantry Division, Colin Powell.  Terry retired from the army in 1982. He went on to take on a United States sanctioned role as an advisor to the Saudi military during the Gulf War in Riyadh, Saudi Arabia.

Terry was in perpetual motion, rarely able to sit still.  He was always working on a project, even willing to help complete projects while visiting with family and friends on vacation.  Terry loved his role as an usher at Shadow Hills Church always greeting parishioners with a smile and a warm hello.  He loved the arts; music, drawing and painting.  Blues, Jazz and Gospel music were his favorites.  Terry taught himself to draw and paint and played piano by ear.

Terry was a generous man who wouldn’t hesitate to greet you with a $100 dollar bill! The grandkids loved that. He paid his tithes and offering and extended financial and emotional support whenever he could.

Terry was predeceased by his parents and six siblings.

There is no need for tears

For with your love I was so blessed

For all those many years.”

Brenda Lever is inviting you to a scheduled Zoom meeting.

Dial by your location

Share Your Memory of
Willie
Upload Your Memory View All Memories
Be the first to upload a memory!
Share A Memory
Send Flowers