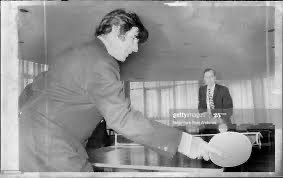 Jack Samuel Howard was born on October 20, 1934 and passed August 27, 2020. He spent his childhood in Brooklyn, New York—mostly Bensonhurst. His family usually gathered in Coney Island, as well. His brother, Edwin Howard z'l used to take Jack wherever he went and Jack admired Edwin. There were lots of aunts, uncles and cousins as his father, His cousins Ilean Stein, Ginger Howard, Gil Kramer z'l and Jack Kramer z'l were close. The streets of Brooklyn were his home until he joined the Army. Jack was in military intelligence.

After serving, Jack received his BS in Electrical engineering from Brooklyn Polytechnic College. He was an early pioneer of computer programming. Jack was an exceptional athlete. He received numerous athletic awards that adorned the home of his parent, Murray and Serena Howard.

After college, Jack got a job that took him to West Germany. Murray and Serena had the opportunity to visit him there in the mid 1960's. Jack was working on the early space shot to the Moon and in one of his visits home, he brought back a poster of how the first rocket would leave earth and head to the moon. That poster hung in the home of his brother, Edwin and his wife Joan.

While working for IBM in Seattle, Jack fell in love with Table Tennis. His athletic abilities allowed him to perfect his skills in this sport. Then, in 1971 while then Secretary of State, Dr Henry Kissinger was in discussions to engage in rapprochement with Communist China, an invitation to the U.S. Table Tennis Team to play in China as part of a tournament was sent. Jack was named Co-captain of the team. The team played well, although the Chinese were ahead at this time in perfecting this sport. There were many other activities for the team, including sampling "thousand-year-old eggs," and touring the Great Wall. The event was dubbed "Ping Pong Diplomacy". Jack traveled all over the country and the world as a player, ambassador and spokesperson for the game of Table Tennis.

Jack remained a committed athlete even in retirement, excelling in racquetball as well as continuing to compete in his beloved table tennis. He moved to Las Vegas from Los Angeles in 2009. He became an integral part of the Table Tennis scene in Las Vegas.

In the last few years, Jack remained private as he had developed health issues including diabetes like his mother and brother, as well as two broken hips.

Jack is survived by his niece, Janine (Sheldon) Gorell and nephew, Todd (Alexandra) Howard, having been predeceased by his brother Edwin, mother, Serena, father, Murray and beloved sister in law, Joan Howard. He also leaves various cousins, a grandniece, Samantha and two grand nephews, Jake and Jonathan. Funeral will be at the Southern Nevada Veterans Memorial Cemetery, 1900 Veterans Memorial Dr, Boulder City, NV 89005, on Monday, October 12th at 9:20 am local time. In lieu of flowers, please contribute to the charity of your choice.