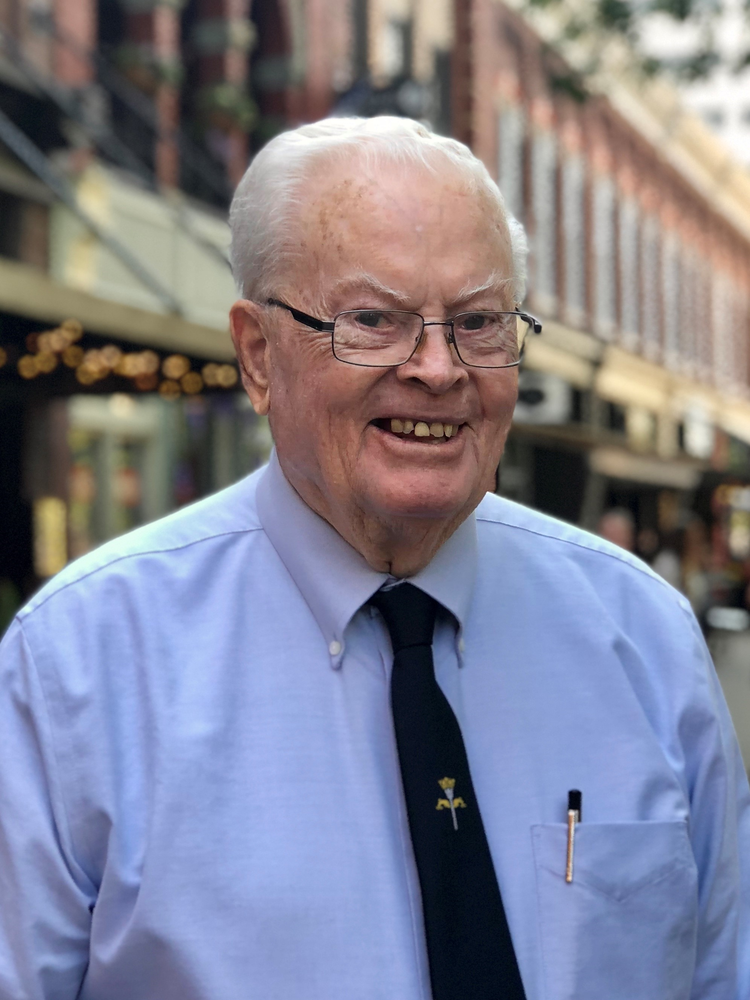 Jack Augustus Brown, 85, of Las Vegas, passed away on Thursday, September 10, 2020.   Jack was born December 6, 1934 in McDonough, GA to parents Lilly Fay Thompson and Dawson Alexander Brown.  Jack was at Thornwell Home and School for Children from 1940-1957 where he met his future wife, Fran.  He attended Thornwell High School, Presbyterian College, and Southern Technologic Institute. After graduation from Southern Technologic Institute in Chamblee, Georgia in 1957, Jack went to work for Westinghouse in Charlotte, NC as a commercial field representative for NC and SC. In 1960 he transferred to the Underseas Ballistic Missile Program and was assigned to various Naval Bases in the US, including an assignment with the Royal Navy in Great Britain. In 1980 he was assigned to the Nevada Test Site to supervise the MX Missile Program. His last assignment was in the Westinghouse home office located in Sunnyvale, CA.  Jack had 60 wonderful years with his wife, Fran, raising their two girls and being active in their grandchildren’s lives. Jack was a devoted husband and father and touched many people along his 85-year path through life. He will be truly missed.  He is survived by his wife Frances “Fran” Allen Brown, children Angie (Matt) Lubawy and Christine (Albert) Ferguson; grandchildren Josh Lubawy, Caitlin (Joey) Cafero, Ryan (Bobi) Ferguson, Monica Lubawy, Drew Lubawy, JT Ferguson and Amy Lubawy; great grandchildren Emily, Addison, Jac, Mason, and Dawson; and sister Mabel White. Jack was predeceased by his parents, his brothers Cliff and Joe, and his sister Virginia Browning. Services are private.  Contributions in Jack’s memory may be made to Thornwell Home and School for Children at 302 S. Broad St. in Clinton, SC 29325 or by visiting www.Thronwell.org.