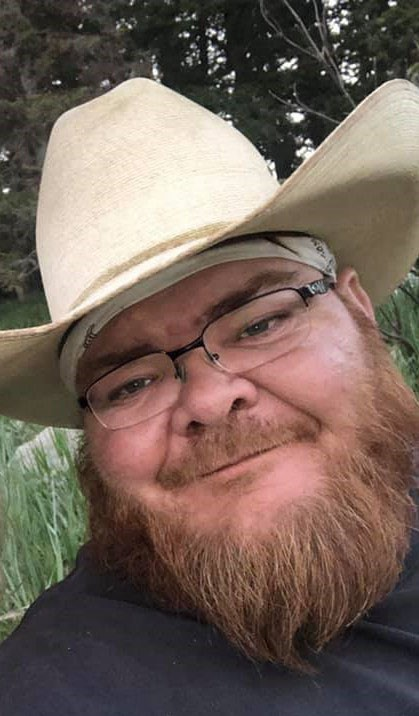 Richard was born January 4, 1978 in Mtn. Home, Idaho, to Christine and Richard Tatman Sr. He greatly enjoyed fishing and hunting, the trophies of which decorate his household. He was a large, strong man, but was soft and loving inside, particularly to his family, those of which he loved more than any other. He was one to make friends with all who surrounded him and had a certain charm that drew people into his warm presence. He had a knack for working on antique cars; fixing and restoring them to their former glory. He particularly enjoyed riding, viewing and owning Harley Davidson Motorcycles, which were a passion and hobby of his.

He had seen the world, traveled to many countries in Europe and Africa, and had been across the United States many times over. He is knighted under Duke Duarte Pio, Duke of Portugal, and will be remembered for his honor and dignity as a knight.

One of his more favored areas to visit was Disneyland, located in Anaheim, California, with his daughter Felicia. He loved his daughter above all else; protecting her and spoiling her until the very end. He was a very generous and loving man, helping countless people throughout his life, family and friends alike, time and time again.

His work was in the oil field, and that is where he spent a good portion of his life; he was a dedicated and hard-working man, to the point where he would stay awake for days at a time until the job was done. His ambition and honor were unmatched, forever intent on climbing his way to the top, despite his lack of a college degree. However, do not let such a statement fool you, for this man was one of the most intelligent people alive, as reading and learning was one of his many enjoyments in life. He was well versed in the ways of religious studies and the spiritual aspect of life, but knew much of the physical and scientific aspects as well. He took great pride in his extensive knowledge and shared it with friends and family at any moment they would let him.

He was a teacher and a researcher, but also a partier, he would throw gatherings of friends and families with joy, often inviting them over for dinner and drinks for no particular reason other than to mingle. He was a lively person, even if he worked on “Tatman time,” and loved to sleep deep into the day and stay up late into the night, a trait he shares with his daughter.

In his life, he was a dedicated pagan, and lived accordingly, even if he did not announce it to the world. These traditions and beliefs were very important to him, and many sigils of the Norse covered his arms, as well as many other tattoos, something he was fond of and put much thought into.

He married the love of his life, Melynie Henline on December 21, 2018, the Winter Solstice, and cared for three stepchildren, Amadais, Ashia and Amara Wyasket. He is survived by them, as well as his daughter, Felicia Tatman; his mother Christine Tatman; siblings Jesse Tatman, Jennifer (Patrick) Germond, Rick Tatman; and many cousins, nephews, nieces, and loved ones not related by blood, who he will live through for many years to come. He is preceded in death by his grandfathers Merlo (Brig) Haynes Woolsey and Orville Tatman; grandmothers Iola Elizabeth Griffin Woolsey and Ruby Mae Swasey Tatman Black; father, Richard O. Tatman Sr., and nephew, Taylor Germond.