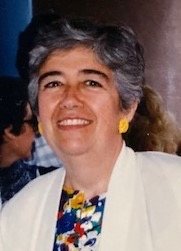 Patricia Lucille Turcotte Trumble, 83, passed away on Wednesday, November 13, 2019 in Las Vegas, NV.  Mrs. Trumble was born March 17, 1936 in Cohoes, NY. She is the eldest child of the late Raymond Paul and the late Lauretta Marie (Primeau) Turcotte.

Patricia attended Catholic Central High School inTroy NY in 1953. She was a Graduate of the Baby Nurse program of the Catholic Diocese of Albany and later attended and graduated from Hudson Valley Community College with a degree in Business.

She married the love of her life, John F. Trumble on February 20, 1954. Patricia has had many accomplishments in her life, including raising 7 wonderful children. She was the head of Family Life at the Diocese of Albany, NY. She was a successful business owner and owned Grandma’s House Daycare. She even taught classes in daycare finance. Patricia was heavily involved in the daycare industry and became a Day Care Home Inspector for the State of California. In 1975, she participated in Marriage Encounter and taught Pre-Cana classes for Marriage Encounter. Patricia was extremely proud of her role as the President of the St. Vincent De Paul Society. She was the president of the society from 2006 to 2012.

Patricia’s love and understanding of people was evident in everything she did, resulting in a very successful and rewarding life. Her laugh and beautiful singing voice touched everyone she met. Her smile would light up a room. She will be missed by everyone who knew her.

In lieu of flowers please send a donation to The National Kidney Foundation in Patricia’s honor.

Share Your Memory of
Patricia
Upload Your Memory View All Memories
Be the first to upload a memory!
Share A Memory
Send Flowers