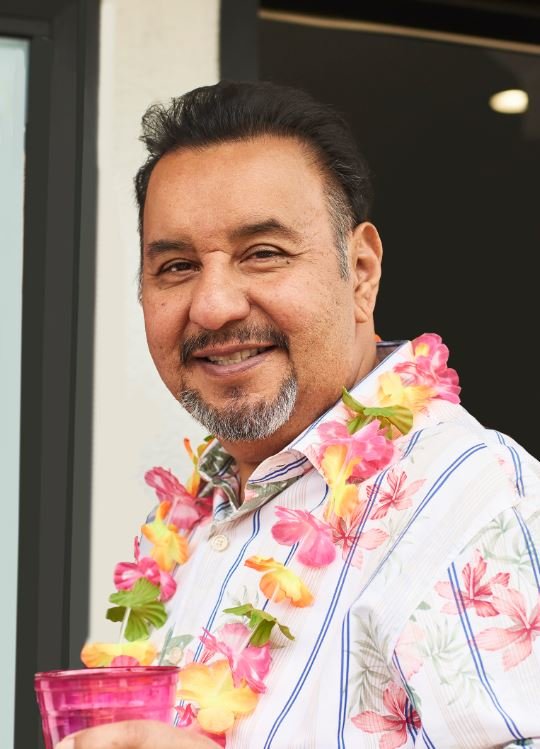 Growing up in Los Angeles, CA, Ramon attended Cantwell High School and El Rancho High School. Ramon also attended Pasadena City College & Woodbury University. While he was in college it was not unusual for him to be working several jobs.  One job was at CBS studios.  There he found himself having lunch with Donny Osmond occasionally and pulling pranks on or with Bob Barker.  He changed his major a few times.  He dabbled in Theater, Health Sciences and got his Bachelor’s Degree in Business.

Ramon worked in sales and marketing starting in his 20’s.  He was always at the top of ranking reports throughout his career in Advertising sales.  This was because of his ability to connect with people on a personal level with ease.  He was so humble and gracious.  In 1997 a door was opened and he became the VP of Sales for Las Vegas Magazine.  He brought his family out to Las Vegas permanently in 1998.  From there he moved over to the Review Journal and was the Director of Sales for their alternative publications department.  After about 4 years he took another position with Greenspun Media Group as the Publisher of Vegas Golfer Magazine.  This is where the fun really began for him in his career.  He played golf on every golf course in Las Vegas and it wasn’t unusual for the foursome to include well know celebrities.

He married Darlene Fleming.  They spent 23 years happily together. Every chance Ramon got, he took the family back to California to visit Disneyland.  He loved Disneyland so much that he invested in annual passes for many years.  His dream was to eventually live across the street and work at Disneyland when he retired. It is after all The happiest place on Earth!

Ramon was an avid football fan.  He loved football and hoped to work at the new Las Vegas NFL stadium in marketing for the Raiders. He played football in high school, and was a walk on playing a couple of preseason games with the Rams. He followed the Houston Oilers forever until they moved to Tennessee and became a Titans fan. Ramon was a big fan of the St. Louis Cardinals baseball team. He was a natural at golf and started the golf team at his high school.

He became a cigar aficionado and his chill time consisted of hanging out at the cigar lounge with his buddies where they laughed a lot and conquered the world.

Share Your Memory of
Ramon
Upload Your Memory View All Memories
Be the first to upload a memory!
Share A Memory
Send Flowers