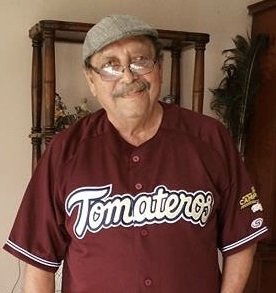 Hector Rosalio Tolosa Zuniga, age 79, of Sinaloa, Mexico, died Friday, May 17, 2019 in Las Vegas, NV. Hector was born March 23, 1940 in Sinaloa, Mexico . He is the son of the late Vicente Tolosa and the late Aurelia Zuniga. He married Maria De Los Angeles Franco Franco. He was self-employed for many years in the upholstery industry. He is survived by his wife: Maria De Los Angeles Franco Franco, is children Angelica Tolosa, Maria Duran, Hector Tolosa, Valeria Crayton, and Fernanda Ghosh; his grandchildren, siblings, and many nieces, nephews, and close friends. Services are private and will be held in Mexico. Hector's arrangements were entrusted to Kraft-Sussman Funeral and Cremation Services. He will be greatly missed by those who loved him.

Share Your Memory of
Hector
Upload Your Memory View All Memories
Be the first to upload a memory!
Share A Memory
Send Flowers