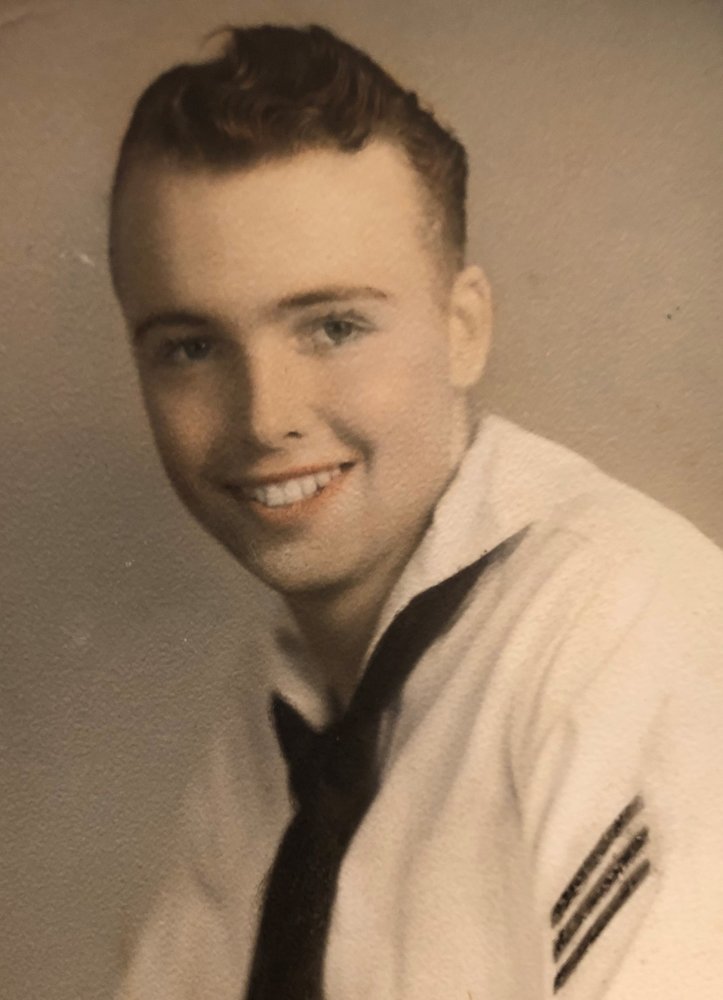 John "Jerry" Edward O'Neill, 88, of Las Vegas, died March 10, 2019. He was an Aeronautics Engineer and served in the Navy during the Korean War. Jerry earned a Master’s in Engineering; he started work in Meteorology then later in Enginering and  worked on the Space Shuttle program for Apollo 11 and 13.  He also developed the breathing apparatus for lunar module.  He developed the luggage lift going into the cargo bay for the 747 plane.  Jerry and Earleta were sweethearts before Jerry entered the Navy.  They met at “Playland” at the beach in San Francisco, CA. Unfortunately, it was not the time or place for their meeting, and they became separated for many years. After life had continued, 35 years after their meeting, Jerry had kept the phone number for Earleta, to which he contacted her. After some time of friendship and courting, 40 years after meeting, they were married on October 7, 1995.  After a period of self study, and assistance by members of the Bahai faith, Jerry joined the Bahai faith. He loved to read and owned boxes of books.  He was interested in learning about disease, health, diet and nutrition. He was a pro-bowler and enjoyed traveling with Earleta.  He is survived by his loving wife, Earleta; Step-son – Patrick Fleming; Step-Daughter Kimberly Bryce Gila; grandchildren Adriana, Patricio, Diana and Badi; a Sister JoAnne Perry and nephew Craig Perry.  Funeral will be at 12:00 pm on Thursday, March 14 at Southern Nevada Veterans Memorial Cemetery, 1900 Veterans Memorial Drive, Boulder City, NV 89005.

Share Your Memory of
John "Jerry"
Upload Your Memory View All Memories
Be the first to upload a memory!