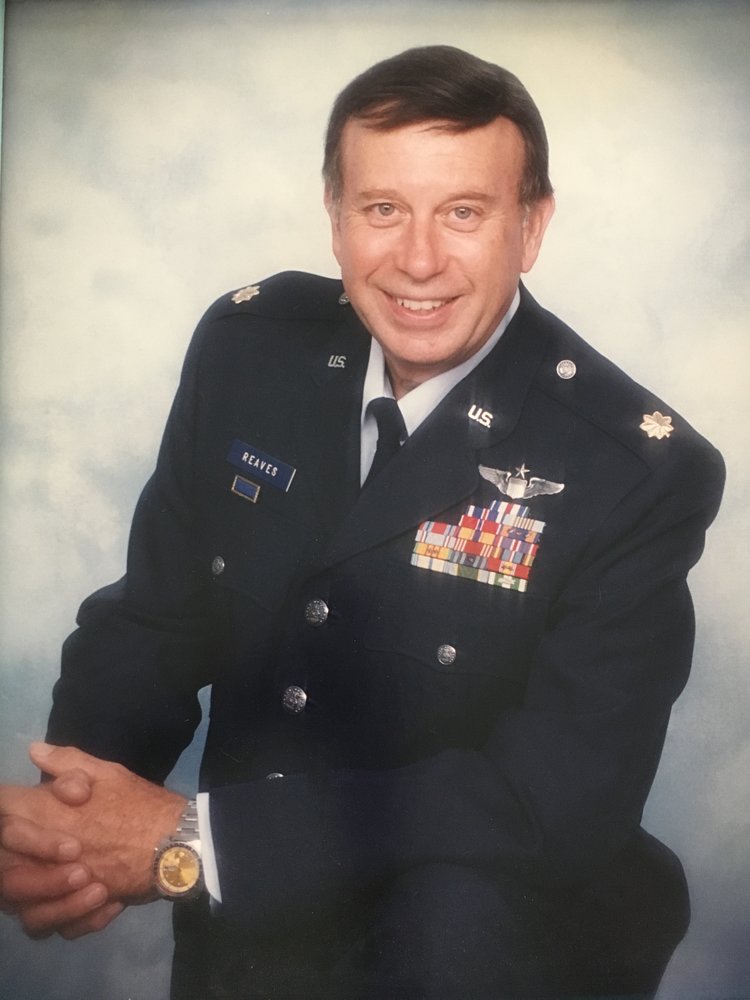 Wilmer Patrick "Pat" Reaves age 82, passed away at home surrounded by family and friends and his cat "Blue. On September 18, 2018 he went to be with his Lord and Savior after a long brave battle with lewy body dementia. Born June 6, 1936 in Anniston, Alabama, Pat grew up in Birmingham, and served a highly decorated career in the U.S. Air Force earning many medals including the silver star, bronze star, and distinguished flying cross during the Vietnam War flying the RF 101 Voodoo aircraft. After completing his tour in Vietnam with 162 missions, Pat flew for Northwest Airlines as an international captain based out of Minneapolis, MN, and was a representative of ALPA. Pat also lived in Tampa, Fl serving as president of Twin Branch Acres HOA and was a member of the mustang club of America, before returning to his home state of Alabama, where he published a family genealogy book comprised of 35 years of research. Pat had many hobbies and interests including, archeology, history, model trains, mustangs, motorcycles, and horses. He was preceded in death by parents Richard and Annie Reaves, Sister Aileen, and Brother Joseph. Pat is survived by his loving wife of 35 years, Kathy, son William Patrick Reaves, daughters Shannon Dusek, Mercedes (Jim) Tierney, Mari (Rod) Cadwell, Kimberly Reaves; 9 grandchildren, Matthew, Michael, Brandie, Natalie, Nicole, Noelle, Taton, Aubrey, Cotton; 2 great grandchildren, Skylar and Leo and many nieces and nephews. Special thanks to his long time loving caregiver, Latrice Franklin. A visitation is for Pat is scheduled on October 2nd, 2018 from 11:30 am to 1:00 pm with a funeral service to follow at 1:00 pm at Charter Funeral Home in Calera, Alabama. Pat will be laid to rest at the Alabama National Cemetery in Montevallo on Tuesday, October 2nd, at 2:45 pm. Memorials preferred to lewy body dementia Association.

Share Your Memory of
Wilmer
Upload Your Memory View All Memories
Be the first to upload a memory!