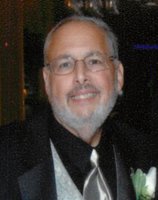 Paul Barry Goldstein, 69, of Las Vegas, passed away September 9, 2014. Paul was born May 28, 1945 to the late Sidney and Gertrude (Margolis) Goldstein. He was an Electrical Engineer for the U.S. Government and a dedicated business owner of Janet Studios photography & video for over 40 years. Paul studied at the University of Toledo where he met his future wife. Later he pursued Graduate studies and obtained Masters Degrees in Electrical Engineering and Business from Farleigh Dickenson and Rutgers Universities. He had a love of photography, gadgets, shopping, and doing anything that would keep him busy. Paul enjoyed going to shows and spending time with his family including his canine co-pilot, Jackson. He is survived by his wife of 46 years, Janet, daughter Stacey Goldstein-Maguire (Scott Maguire) of Ocean, New Jersey; brother Allan (Karen) Goldstein of Highland Beach, Florida and their children Eric (Shannon) Goldstein and family, Lisa (Keith) Helman, and Jeffrey Goldstein (Jennifer Deutsch) as well as beloved cousins and extended family. A graveside service was held on Thursday, September 11, 2014 at 11:00am at Bunkers Memory Gardens Cemetery, 7251 W. Lone Mountain Road, Las Vegas. In lieu of flowers, the Goldstein family has requested that donations be made to the following cancer charities. Stomp The Monster (www.stompthemonster.org/donate) or Stop Cancer (www.stopcancer.org - then click the link Tribute Gift).