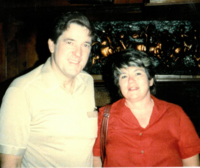 Gary Denton McCormick, aged 85, residing in Las Vegas, passed away on October 12, 2022, after a brief illness.

Gary was born on July 22, 1937 to Stella (Springer) and George McCormick, and grew up in Chicago, Illinois. He was a champion water skier in his younger days winning many trophies, most notably, coming in third in the US Senior Men's Jumping Championship.

At the age of 18, he married Joan Gootee and went on to have three beautiful children who they raised in the Chicago area. In 1983 Gary and Joan made Las Vegas their permanent home. In addition to water skiing, he enjoyed hiking the mountains, poker and spending time with his family.

Gary was preceded in death by his parents, his wife, his daughter, Cynthia Ann, his brothers Glenn and George, sisters, Daisy (Dave) Arnoux and Diane Foxwell.