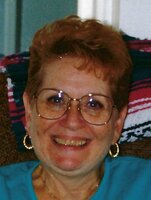 Sharon Z. (Imber) Kalet, 82, of Las Vegas, NV, passed away at Elkhorn-Jones Memory Care on Friday, October 14, 2022. Born and raised in Brooklyn, NY, she moved to Flushing, Queens, in 1960 after marrying her beloved husband, Irwin (Irv) Kalet, and then to Rockaway Beach, also in Queens. In 1970, Mrs. Kalet, along with her young family, moved to South Brunswick, NJ, where they resided for 25 years. After raising her family, and a career as a receptionist for many different doctors’ offices in the area, she and her husband Irv moved to Las Vegas in 1995. Mrs. Kalet loved Elvis Presley and had many collectible pieces of memorabilia in her home. She was an avid bowler all of her life, often teaming with her husband as they competed in doubles leagues. Mrs. Kalet enjoyed needlepoint, word search puzzles, gambling on slot machines, and baking. She loved “Star Trek” and Japanese and American monster movies, especially “Mighty Joe Young” and “Godzilla,” and encouraged a love of reading in her children. She loved watching her children and grandchildren in plays, dance recitals, and concerts. And she made the best Mandelbrot (a German/Yiddish almond bread) in America, according to her children and husband. Sharon and Irv were longtime members of the former Temple Beth Shalom in Kendall Park, which merged and became Congregation B'nai Tikvah in North Brunswick, NJ. Predeceased by her parents Harry and Minnie (Senser) Imber and her brothers Maurice and Marvin, she is survived by her husband of 62 years, Irwin Kalet, of Las Vegas, NV; her children, Henry (Hank) and Annie (Ilasi) Kalet, of Kendall Park, NJ; Sandra (Sandy) and Chuck Rothermich, of Kearney, NE; and Mark and Ana (Cammarata) Kalet, of Kendall Park, NJ; and her six grandchildren, Hannah, Matthew, and Benjamin Rothermich, and .Joseph, Daniel, and Toby Kalet. Graveside services will be held on October __, 2022 at __ a.m./p.m. at Washington Cemetery, 104 Deans Rhode Hall Road, South Brunswick (Deans), NJ. Memorial contributions in Mrs. Kalet's name may be made to the Alzheimer’s Association at alz.org. Shiva will be sat at the home of her son and daughter-in-law, Hank and Annie. Contact the family or funeral home for address and details.