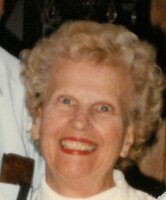 Marion Emily Guiremand, age 94, a 20 year resident of Las Vegas and formerly of Whittier, CA, passed away on Tuesday, August 2, 2022. Marion was born on May 22, 1928 in Minneapolis, MN, to the late Edgar and the late Lucille (Glaue) Livingston. She was preceded in death by her husband of 57 years John Richard Guiremand, a Navy veteran who passed away in 2012, and older brother Richard E. Livingston, of Pine River, MN, who passed away in 2013. Marion and her late husband John honeymooned in Las Vegas after their wedding on April 16, 1955 and eventually settled there permanently in 2002 after taking frequent vacations there. She enjoyed playing keno which she once won a $25,000 jackpot playing at the Sands Hotel and also the Dean Martin slot machines at the Red Rock Hotel and Casino. She also was a big fan of soap operas Days of Our Lives and Bold and the Beautiful and the music of Frank Sinatra, Dean Martin and Engelbert Humperdinct. Although she didn’t enjoy the cold weather of St. Louis Park, MN, where she grew up not too far from the house featured in the Mary Tyler Moore show, her Minnesota influence still carries on in her sons and grandchildren who, despite being raised in southern California, grew up rooting for the Vikings, Twins, North Stars and the Golden Gophers. Marion is survived by children Steve (Tracy) Guiremand of Las Vegas, John (Cherie) Guiremand of Laguna Hills, CA, Richard (Tanya) Guiremand of Arroyo Grande, CA, grandchildren Erik Guiremand, Katherine Guiremand, Kyle Guiremand, Jennifer Netterville, Jonathon Guiremand, Julianne Pomarleanu, James Guiremand, Reid Guiremand and Keith Guiremand and great grandchildren Lucia Guiremand, Felicity Guiremand, Maria Guiremand, Patrick Guiremand and Cecila Guiremand. The funeral service will be held at 10:40 am on Monday, August 29, 2022 at the Southern Nevada Veterans Memorial Cemetery, 1900 Buchanan Blvd. in Boulder City, NV.