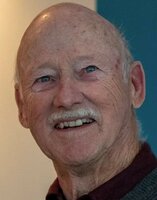 The family of Warren Bruce Walsh of South Haven, MI (previously of Palos Park, IL) is saddened to announce his passing on February 18, 2022 at the age of 83 in Las Vegas, Nevada. He will be lovingly missed by his wife of 56 years, Kathy, and son, Andrew. He was predeceased by his daughter, Allison Walsh. He will be missed by his sister, Audrey La Broscian, brother-in-laws, Larry Foldy and Jim La Broscian, and numerous nieces, nephews and friends. Warren graduated from Blue Island High School in Blue Island, IL. He served in the U.S. Army from 1960 to 1962. He enjoyed a 40 year career as an Elevator Mechanic in downtown Chicago and was also active in real estate management. He was an avid sailor and outdoorsman and cruised extensively over 40 years in the great lakes. A celebration of Warren's life will be held at a later date. Memorial donations may be made in Warren's name to the Leukemia & Lymphoma Society at www.lls.org.