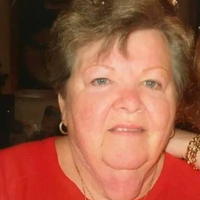 Dolores A. Waldron, 82, of Las Vegas, Nevada, passed away on September 16, 2021. Dolores was born in Queens, New York on August 2, 1939. She was a Certified Nurse's Assistant for more than 30 years and served her patients with great love and compassion. Dolores was a longtime supporter of St. Jude Children's Research Hospital and a devoted believer in the Catholic faith. She was a devoted fan of the New York Mets, which was a love she shared with her father and passed on to her children. Dolores was married for 53 years to her husband Jack. They had three children, Doreen, Johnny and Michael, two grandchildren, Michael and Marissa, and two great-grandchildren, Connor and Jax. Dolores is preceded in death by her beloved husband, Jack Waldron, son, Michael Waldron, mother, Madeline Reinhard, father, Frank Reinhard. Dolores is survived by her daughter, Doreen Dacken (Mike), her son Johnny (KK), grandson Michael (Aurora), granddaughter Marissa, great-grandchildren Connor and Jax, brothers Frank (Barbara) and Charles (Mary), nephew Kenneth (Missy), beloved nephews and nieces, family members Chuck Neuwohner and Miya Morales, and many other family and friends. A memorial service will be held at 4:00 PM on October 2, 2021, at The Center, located at 401 S. Maryland Pkwy, Las Vegas, NV 89101. Burial will be private at the Southern Nevada Veteran’s Memorial Cemetery in Boulder City, NV. Donations in Dolores' honor are welcome at either one of her favorite charitable organizations: St. Jude Children's Research Hospital, Opportunity Village, Nathan Adelson Hospice, or The LGBTQ Community Center of Southern Nevada. The family wishes to express great gratitude to the caring and compassionate professionals at Nathan Adelson Hospice, as well as our dear friends at Opportunity Village and The Center.