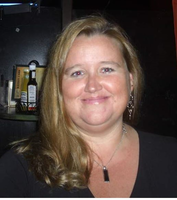 On Sunday, August 1, 2021, Sheila Brosnan, loving wife, sister, daughter and friend, passed away at the age of 46 due to COVID. Sheila was born on January 12, 1975 in Denver, Colorado. Sheila has been in the medical field since 1994 working as a medical assistant. In August of 2010, she found out that she had Chronic Lymphocytic Leukemia and in 2014, she found out she had Small Lymphocytic Lymphoma. During all this she met her husband Jeremy Brosnan on Halloween 2009 and married in March 2010. She continued to go to nursing school and continue her Cancer treatments. In 2015, she graduated nursing school and became a Licensed Practical Nurse, after years in a medical office she became a home health nurse and loved it. Sheila loved to paint, sing, dance, hang out with family and friends, and collect Unicorns. She was strong, energetic, and never slowed down; she did what she wanted when she wanted. She said, "I try not to worry about what the future holds and enjoy every single day of my life, spending time doing the things I love with the people that I love and with whom I could not have come through this journey without." She had a great support system around her. Sheila was preceded in death by her Paternal Grandparents: Robert and Gertrude; and her Maternal Grandfather: Paul. She is survived by her Maternal Grandmother: Norma; husband: Jeremy; Mother :Shelley; Father: Tom; sisters: Shannon and Alayna; and brother: Kevin; Nephews: Cody, Collin, and Jeter; nieces: Kaitlynn and Mayli; and several more amazing family and friends to whom she was "The bestest friend, ever" to all.