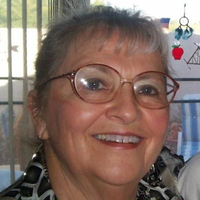 Ruth Abrams Golden passed away on Sunday, January 10, 2021, at her son's and daughter's-in-law home in Charlotte, NC at the age of 84. Ruth was born on December 11, 1936, in Philadelphia, PA. She grew up in a working-class neighborhood called Fishtown. Ruth graduated from Girls' High School in 1954, and then attended Temple University, where she received a Bachelor of Science degree in Elementary Education in 1958. She continued her education, obtaining a Master of Education in 1964, and Graduate College Credits +60 at the Senior Career Teacher Level. Ruth obtained Pennsylvania State Teaching Certificates in Elementary Education in 1961 and in Early Childhood in 1988. Although most of her 32-year teaching career was in the School District of Philadelphia, she taught also for the Department of Army Civilians for two years in the early 1960s in Orleans, France. She visited many countries and made life-long friends. After her European experiences, she, in her own words, "…had better come home and find my 'Prince Charming'. Lucky me, I found him and got married in 1965." Ruth married Harvey Golden on September 1, 1965, in Cheltenham, PA. He too was a teacher in the same school district. After retiring in 1993, Harvey & Ruth moved to the Richmond, VA area, and then to Henderson, NV in 1998. While in Henderson, Ruth was involved in many activities, including Desert Newcomers Club, Alpha Delta Kappa teacher sorority, events at the Multi-Generational Center and at the Henderson Library…the list goes on and on. Ruth was a very active member of Congregation Ner Tamid, where she belonged to the Minyan for several years and made many friends. After Harvey's passing last April, Ruth moved to Charlotte, NC, to be closer to her son and daughter-in-law. She moved into an Age 55+ community, and made more friends. That's the thing about Ruth – wherever she went, she made friends – some of them real friends – forming deep and meaningful relationships. It is a rare quality for someone to be able to do this so quickly and across so many people. As a result, Ruth meant so much to so many – and forever will continue to do so. Ruth is survived by her son, Eric Golden, and her daughter-in-law, Raffaella DeFilippo. A virtual memorial service was held in her honor on Tuesday, January 26, at 3:00 PM Pacific Time, led by Rabbi Sanford Akselrad and Cantor Jessica Hutchings, at Congregation Ner Tamid. Her interment was in Southern Nevada Veterans Memorial Cemetery, in Boulder City, NV, on the morning of the following day.