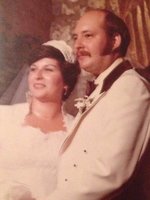 Barry Stephen Feinstein, beloved husband, father and grandfather, passed away peacefully surrounded by his loved ones on Monday, July 27, 2020 at 11:46pm at Nathan Adelson Hospice in Las Vegas, Nevada, after his nine year battle with cancer. He was 71 years old at the time of his passing, born on October 15, 1948 in Bronx, NY.  He is survived by his devoted wife of 42 years, Anita Feinstein (73), his loving daddy’s girl, only daughter, Stephanie (40) and his grandpa’s best girl, granddaughter, Kaiyla Rosetti (17). His family and friends knew him by many other names--Papa Gnome, Big Red, Fashionista Pedro, Gaga Barry--which he good naturedly played along with and embraced.

Barry valiantly served his country during Vietnam as an Airman First Class in the 62nd Airborne Crash and Recovery Unit for the United States Air Force. He always valued having served his country, despite the emotional scars the war left in him. He valued service to others so much that when his tour in Vietnam ended, he continued his public service as a Federal Police Officer for over three decades in NYC. He always took pride in his badge, his uniform and his job. And he was good at it. He could take his Baretta apart and put it back together again quicker than anyone and he always ranked at the top of his qualifying classes.  He cut an imposing image in his bullet proof vest, dark glasses and tall stature, standing on the corner of 8th Avenue in Manhattan, but those who knew him knew beneath his intimidating exterior was a giant furry teddy bear with a heart of gold.

Barry met the love of his life, Anita, in 1977 on a blind date set up by a family friend. That same year on August 20th, they became husband and wife, and two years later welcomed a baby girl.  Barry and Anita’s love story was something out of a fairy tale where the stars aligned and two soul mates found their way to each other. The bond he had with Anita was matched only by that of the one he had with his daughter, and those were both eclipsed by the sheer amount of love he had for his granddaughter.  His family was his entire world and his heart never ran out of love to give.

Barry had an easy way about him.  He was a quiet man and one of few words, but whenever he graced you with his humor or insight, it was a gift and you listened.  He had a goofy sense of humor that paved the way for so many inside family jokes, a million laughs and a lot of eye rolling.  He never had a bad word to say about anyone and those who knew him, even briefly, were touched by his light and demeanor.

He loved sitting in his recliner, watching old black and white movies, notably, Them, which his family ceaselessly made fun of him for, but secretly enjoyed watching with him. He was a Trekky, who never missed a new series in the franchise and loved his Sci-fi and cop shows. If it had aliens or officers in it, it was for him. He loved matzo ball soup, Boston cream donuts, marshmallows, and could eat an entire bowl of fruit when he was in the mood.. He was a man of simple tastes, in both food and life, which left so much room for the boundless love and kindness he had to share with his family, his friends and anyone who had the good fortune to know him.

The only time Barry ever got angry was when his mutually adored and hated NY Giants couldn’t get the ball downfield. If they were losing, you could almost certainly find him cursing out Eli Manning or yelling at the television after an interception.  He also was a lifelong NY Mets fan--cursed in his allegiances. He got to see his teams take the top prize a few times, notably in 1986 when the Mets won the World Series and Stephanie, then six, was by his side cheering. And then again in 2008 and 2012 well the Giants won the Superbowl. There was a rare beauty in Barry’s love of his teams because it was contagious in a way that broke allegiances--You just couldn’t help but love his teams, because HE loved them.

When Barry first fell ill, he was not expected to make it past those first few nights. But Barry was a fighter and made it another nine years. He fought to have as much time as he could with his family. Often riddled with pain, he never complained and his good humor remained. He continued to fight until his very last breath, but knew at the end that he was so loved and it was finally okay to let go and be at peace. He is looking down on us now...until we meet again.

Say Not in Grief

Say not in grief ‘he is no more’

But in thankfulness that ‘he was’

Life is eternal, and love is immortal, and death is only a horizon;

And a horizon is nothing save the limit of our sight.

In lieu of flowers, food or gifts, the family asks that donations be made to the following organizations in Barry’s name to honor his memory and legacy:

All service information can be found on the Services tab of this page.

A reception will follow all services at the home of Anita Feinstein. The family will be sitting Shiva in mourning from the evening of Sunday, August 2, 2020 through Tuesday, August 4, 2020, during which time they will be available to receive guests and condolences. Please contact the family prior to coming to pay your respects.