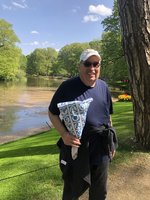 Harold Joseph Lilie, also known to his family as Harry, 72 years old, resident of both Las Vegas, NV and Austin, TX, passed away suddenly on October 5, 2019. Harold was born March 13, 1947 in Queens, NY to Hugo and Anne Lilie. He leaves behind his wife, Janis Lilie, children Jayne Furman, Andy Furman, Michael Furman, and Meredith Young, as well as 10 grandchildren and his beloved dog, Sadie. He was an avid bridge and poker player, and he and Janis spent the last six years traveling the world.

Harold lived life to the fullest, every day.  He was thankful each morning that he would have yet another day on earth.  Despite numerous health issues, Harry never complained.  He was not constrained by his circumstances, and he simply chose to be happy.  Harry’s positivity was contagious, and he will be missed.

Harold had a passion for animals, and he never met a dog he didn’t love. For that reason, in lieu of flowers, please donate to Austin Pets Alive in his honor.