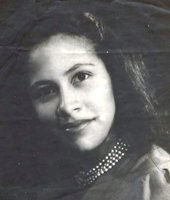 On Oct 15, 1930 in New Orleans, Louisiana a new light was born into the lives of Mr. & Mrs. Griffin, her name was Margaret. Unfortunately, Margaret's father died before she was born. Mrs. Griffin, Margaret and her three siblings remained in New Orleans. Much later, Mrs. Griffin married Herman Kaho. The Kaho's moved to Chicago where Margaret went to school, married and worked at Children's Memorial Hospital. She was active in social clubs, fashion, interior design and travel. Margaret never had children but was the beloved aunt of many nieces an nephews. Margaret moved to San Francisco when her parents retired and remarried. She worked at City Hall as a notary until her retirement. Margaret was a care giver to her parents and husband until they passed. Margaret moved to Las Vegas where her sister retired and joined her. She enjoyed Las Vegas until her illness. Margaret passed away August 15, 2019. Goodbye sweetheart, until we meet again. She is survived by her sister Gula, her brother John and a host of nieces and nephews. A mass will be held on Friday, August 23, 2019 at 12:30 PM in the chapel of St. Elizabeth Ann Seton Catholic Church, 1811 Pueblo Vista Drive, Las Vegas, NV 89128