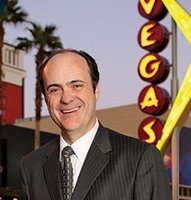 Lamar Kevin Cloud passed away unexpectedly on August 1, 2019, at the age of 55 in Las Vegas, Nevada. Kevin was born in St. Mary's, Georgia to Lamar and Mary Cloud. He graduated from Camden County High School in 1982 and received his undergraduate degree in history from Emory University in 1986, which included a study period in the Soviet Union. He had a life-long interest in politics and was active in the Young Democrats at Emory. He remained engaged and committed to political activism for his entire life. He continued his studies at Baylor University and ultimately earned a Master's Degree from Brown University. Kevin met Anna Turner at Brown and they married in 2003. Elsa Turner Cloud was born in 2005. Kevin was passionate about education; he loved teaching and cared deeply for each student and about every class he taught. He was particularly proud of the program he implemented at the Alexander Dawson Foundation. Kevin left an impression everywhere he went. He was gregarious, jovial, opinionated, and unfailingly kind. He had an incredible love of life and mischievous enthusiasm that often left him injured but with a good story. Kevin was born to tell stories and he could captivate audiences big and small with his natural charisma. And, as a Southern man, he could be called upon to serve as a preacher in emergency situations. He loved the Boston Red Sox and, like all good and decent people, hated the Yankees. He was preceded in death by his father, Lamar, in 2018. He is survived by his wife, Anna Turner, and daughter, Elsa, of Las Vegas; his mother, Mary, of St. Mary's, GA; brother, Keith (Cynthia), of Yulee, FL; sister, Donna Cansler (Charles), of St. Simon's, GA; sister-in-law, Maria Turner, of Montreal, QC; nieces and nephews, Rachel, Brent, William, Elizabeth, Catherine, and Heider. He also leaves behind extended family and many friends. A service will be held at Our Lady Star of the Sea Catholic Church on Saturday, August 17th at 11:00 am. A celebration of life will be held in Las Vegas on September 14th, from 2:30 -4:30 pm at the Spring's Preserve, 333 South Valley View Blvd. In lieu of flowers, the family suggests contributions to the Epilepsy Foundation.