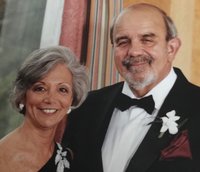 Daniel Edward Kovac, age 78, of Henderson, died Wednesday, July 3, 2019 at home in Henderson. Mr. Kovac was born June 29, 1941 in Jersey City, NJ. He is the son of the late Edward and the late Gladys Kovac. He honorably served in the Air Force. He was a Catering Company Owner. He is predeceased by his wife, Teri Kovac. He is survived by one son: Jason Kovac and his wife Lauren Rodriguez of Brooklyn, NY; and Brother In Law, Alan Abramowitz of Las Vegas, NV. A graveside service will be held 12:00 pm on Friday, July 5, 2019 at Southern Nevada Veterans Memorial Cemetery, 1900 Veterans Memorial Drive, Boulder City, NV.