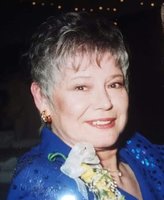 Mary Constance O'Brien Glennen, born May 12, 1934 in Spokane, WA to Irma Knoesple and Donald Joseph O'Brien. She grew up in the Portland, OR area. Attended St Mary of the Valley Catholic High School and attended The University of Portland Catholic University graduating from the Nursing College with an RN in 1958. Mary married Robert E Glennen, Jr. on April 17, 1958. She worked in many departments in hospitals until she began teaching nursing in South Bend, IN while growing her family. She continued her teaching career in Las Vegas, NV at the Clark County Community College, eventually becoming the clinical director at University of Nevada, Las Vegas while also achieving her Masters in Public Administration. In1981 she began working in Higher Education Administration beside her husband as he advanced his career as president at Western New Mexico University, in Silver City, NM; Emporia State University, in Emporia, KS; and Colorado State University, in Pueblo, CO. Mary enjoyed her Educational Philanthropy as well as entertaining that brought the Town to Gown connection to each community. Mary is predeceased by her beloved husband of 58 years, Dr. Robert E. Glennen Jr, and is survived by her children and grandchildren: Maureen, Robert, Mary Colleen (Dean) Betts, William (Christina) and Josiah, Hannah, Rachel, Lucy and Eva, Barry (Debbie Wolf) and Abigail, Ian, Kalli and Keegan Wolf, Katie, Molly (Joseph) and Ellery and Evelyn Singleton, Kerry (Jason) Williams, Clinton Clark and Madisen Clark Burgh. Sisters Patricia Henick and Penelope (Jim) Monroe, Bonita (Brian) O'Brien, and seventeen nieces and nephews. In lieu of flowers, contributions may be made to the Robert and Mary Glennen Scholarship Fund at either the University of Portland, Portland, Oregon or Emporia State University, Emporia, Kansas. A Funeral Mass will be held at St Joseph, Husband of Mary in Las Vegas, NV on Monday, March 25, 2019 at 10: 00 am. Mary's ashes will be buried at a later date with her beloved husband Bob, during a private ceremony in Portland, OR.