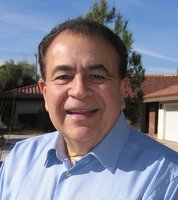 Dr. M. Joseph “Joe” Bojrab, age 76, of Las Vegas, NV passed away at his home on Tuesday, September 13, 2016. He was born on August 4, 1940 in Ft. Wayne, IN to the late Joseph and Julia (nee Ferrah) Bojrab. Joe graduated from Central Catholic High School in Ft. Wayne, IN, Class of 1958. He graduated Doctor of Veterinary Medicine from Purdue University in 1964. He graduated Master of Science in Physiology from Oklahoma State University in 1968. He received his Ph.D. from the University of Bristol, England in 1971. He was a faculty member at Oklahoma State University and University of Missouri. He will be remembered as a loving father, grandfather and brother. Dr. Bojrab was highly regarded as a world-renowned leader and international speaker in the field of veterinary medicine. He was a Diplomate of the American College of Veterinary Surgeons and delivered over 600 seminars and presentations on veterinary surgery to international, national, regional, state and local associations including visiting lectureships to Japan, England, France, Canada, South Africa, Australia, New Zealand, Denmark, Finland, the Netherlands, Belgium and Israel. He was awarded the Bourgelat Award for 1981, "the primary international recognition for really outstanding contribution to the field of Small Animal Practice" by the British Small Animal Veterinary Medical Association and "The Veterinarian of the Year" distinction by the American Animal Hospital Association for 1982. He also received the Distinguished Alumnus Award from Purdue University, School of Veterinary Medicine in September, 1984 "in recognition of outstanding accomplishments in and contributions to the field of Veterinary surgery". He was editor of nine texts on small animal surgery. Joe is survived by his son Christopher (Holly) Bojrab; daughter, Rhonda (James) Kildea; grandchildren, Tiffany, David, Olivia, Margaret, Catherine; sister, Darlene (Alan Taylor) Bojrab; brother, Dr. Donald Bojrab; and ex-wife, Barbara Nemoir. He was preceded in death by his parents. A Mass of Christian Burial for Joe will take place on Monday, September 19 at 9:30 am at Canyon Ridge Christian Church, 6200 West Lone Mountain Rd, Las Vegas, NV 89130 with Rev. Craig Ruff officiating. Visitation will be held on Sunday, September 18, 2016 from 3-6 pm at Canyon Ridge Christian Church. Burial will follow the Mass at Palm Northwest Cemetery, Jones Blvd, Las Vegas NV. Memorials may be made to The Mary W. Blazer Fund for Gastroesophageal Cancer Research (http://www.marysfund.org). Mary (Bojrab) Blazer was a very close first cousin to Joe.